Our website uses cookies so that we can provide a better service. Continue to use the site as normal if you're happy with this, or find out how to manage cookies.
X
You are here
> Media
> News Releases
> 110 year celebration for the PLA

110 year celebration for the PLA 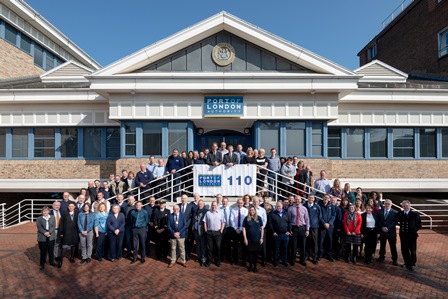 Port of London Authority (PLA) employees gathered today (1 April 2019) at their bases along the tidal Thames to mark the 110th anniversary of the organisation’s creation in 1909.

The PLA oversees one of the country’s biggest ports and its busiest waterway for freight movements and passenger travel. The tidal Thames is also a growing centre for sport and recreation. Long-term plans for increasing use of the 95 miles of tidal river – the Thames Vision – were launched by the PLA in 2016.

The Port of London is woven into everyday life across the capital, the South East and beyond. Everything from your morning coffee to your laptop and the fuel in your car is likely to have come in via terminals on the Thames.

“This is a really important milestone,” said PLA chief executive, Robin Mortimer. “The Thames of today is a success story. Last year saw a peak in port trade – over 53 million tonnes – not seen for more than a decade. New development projects are continuing too, which will sustain port growth over the coming years.

“It’s our job to see the river integrated seamlessly into daily life. We welcome some of the biggest container ships in the world, and Thames passenger travel is now well established. Meanwhile wharves in London are coming back into use, taking lorries off the region’s roads.”

The PLA was created to bring order to the chaos and congestion on the Thames that developed in the late 1800s, when rival wharfs, docks and river users battled for business. At that time international transport and trade relied on the sea and a successful port was essential to a nation's success.

The Bill that led to the creation of the PLA was introduced by David Lloyd George in April 1908, and was guided through Parliament by Winston Churchill. The Bill received Royal Assent in December 1908 and the PLA came into being on 31 March 1909. 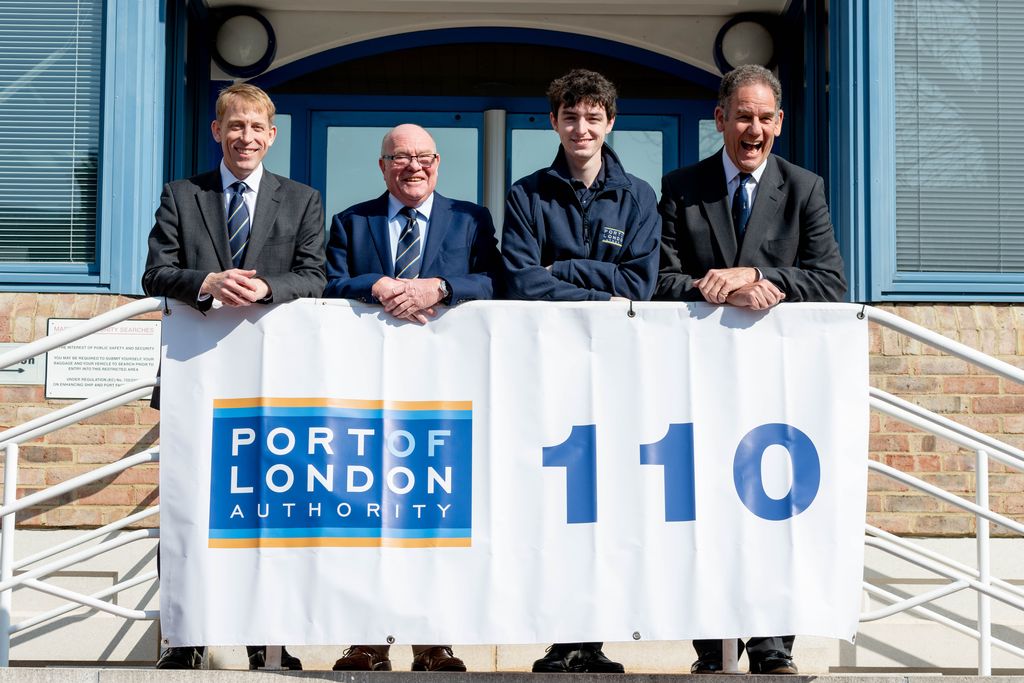 “The achievements of the last 110 years are founded on the dedication and commitment of many thousands of people who have worked for the PLA over that time,” concluded Robin Mortimer. “That dedication will be key to the future too – whether pilots guiding ships to their berths, hydrographers mapping the river bed, or our environment team looking at improving air quality.”

“Together we’re working towards a bright future, with the Thames Vision setting a clear path for the next 20 years, with the PLA and the Thames as a busier and cleaner river, embedded in the life of the city.

The PLA’s longest-serving employee Chris Bright joined the organisation 52 years ago and now works as a skipper on a maintenance vessel, based out of Gravesend. He said: ”I’ve loved every minute of it. The river is so diverse. It’s different every day.”

Chris added: “Everybody at the PLA can be optimistic for the future of the port.”