Our website uses cookies so that we can provide a better service. Continue to use the site as normal if you're happy with this, or find out how to manage cookies.
X
You are here
> Media
> News Releases
> 70th anniversary celebrations to mark arrival of Empire Windrush at Tilbury

A day of celebrations and thanksgiving was held at the London Cruise terminal in Tilbury today (22 June) to mark the 70th anniversary of the arrival of the SS Empire Windrush into the port on Tuesday 22 June 1948 with hundreds of people on board who travelled for 30 days from Jamaica to begin a new life in Great Britain. 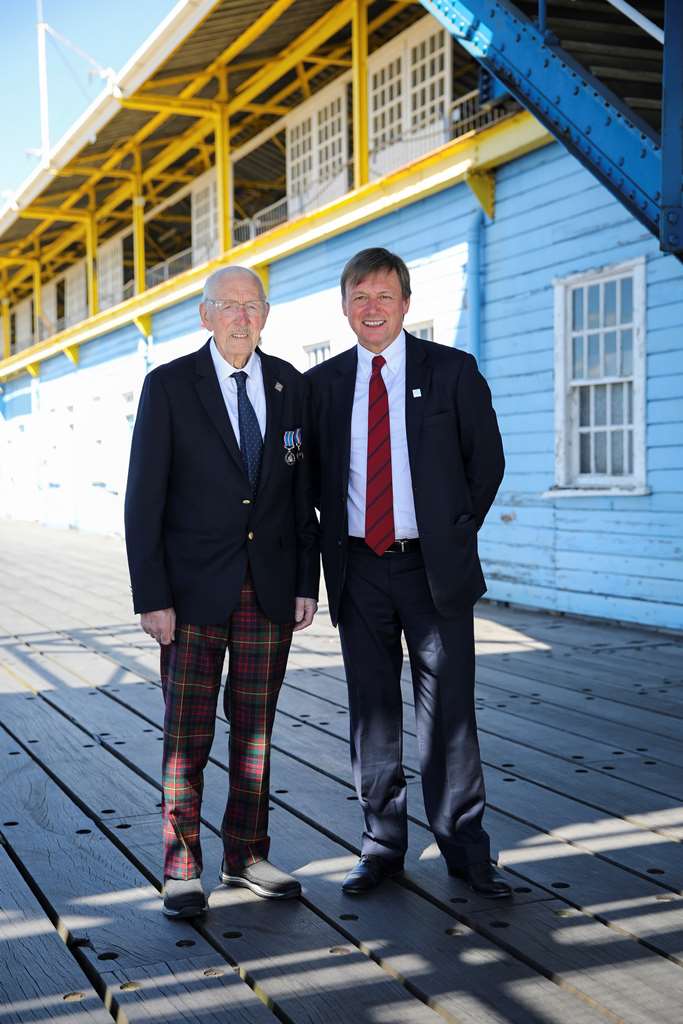 The Morning Service opened with a welcome by Forth Ports Chief Executive, Charles Hammond; followed by and address from Jackie Doyle-Price MP; and the thanksgiving service with Rt. Revd Peter Hill, Bishop of Barking; Venerable Mike Lodge, Archdeacon of Southend; and Revd, Canon Darren Barlow, Area Dean of Thurrock. The audience then listened to Peter Dielhenn who is in his 90s and is a surviving crew member from the Empire Windrush. In the afternoon, the port hosted a free community celebration event with performances from the Royal Opera House Thurrock Community Chorus; a new dance production to mark the event by Phoenix Dance Theatre called Windrush: the movement of the people; heritage displays and the story of the Windrush in the spoken word; live bands from the William Palmer Trust; dancing from local dance groups Elite and Tiny Tappers. Also in the afternoon, a Thames Clipper travelled down the River Thames from Westminster with around 150 NHS workers in recognition of the Empire Windrush passengers who went to work in the health service when they arrived in the country. The Clipper was greeted at the quayside at the Port of Tilbury by Jackie Doyle Price, Parliamentary Under Secretary of State at the Department of Health and the local MP for Thurrock.

Throughout the event there was a specially commissioned ‘Tilbury Docker’ puppet which was made by Kinetika and commissioned by the Tilbury on the Thames Trust to mark the anniversary. At 16ft tall, he was certainly not missed! The Windrush70 celebrations were funded by Thurrock Council, Tilbury on the Thames Trust, Tilbury Riverside Project, Heritage Lottery Fund and the Port of Tilbury. Charles Hammond, Chief Executive of Forth Ports said: “Today is a day for celebrating the anniversary of the Empire Windrush generation arriving, their continuing contribution to public life and the influence the passengers have had on British culture over the past 70 years. Tilbury was the gateway for the Windrush generation all those years ago and today it is fitting that we are the facilitator of the celebrations on the anniversary of their arrival. I want to thank everyone involved in making this a memorable day.” Cllr Deborah Huelin, Thurrock Council’s Portfolio Holder for Communities, said: “The arrival of the SS Empire Windrush in Tilbury was a huge milestone in the history of both Thurrock and the rest of the country. It was a real honour for the council to be involved in today’s 70th anniversary celebrations and we were delighted the community came together to recognise the important role of the Windrush generation in the birth of multi-cultural Britain.”

Notes to editors:
The Port of Tilbury is the number one UK port for forestry products, construction materials, paper, grain, recyclables and warehousing space. The port has a strong market presence in bulk commodities, ro-ro, cars and cruise vessels. The port’s London Container Terminal handles a mix of short and deep sea services, is the UK's number four port for containers and has the greatest reefer (refrigerated container) point connectivity in Europe.Tilbury's strategic location makes it a natural point for distribution, with nearly 20 million people living within 75 miles. Serving the UK's market, the port offers customers excellent transport links to and from the UK’s capital and across the South East where over 50% of the population live and work.
The port is a diverse multi-modal hub, covering around 1,100 areas (850 acres and the London Distribution Park, in addition to the Tilbury2 application site) and is well positioned to access the M25 orbital motorway and the rest of the UK's national motorway network. In addition, there are direct rail connections within the port and dedicated barge facilities. The Tilbury2 Development Consent Order (DCO) will undergo its examination in 2018 by the Planning Inspectorate (acting on behalf of the Secretary of State for Transport), with a determination by the Secretary of State for Transport anticipated in 2019. For more information about Tilbury2, go to: www.tilbury2.co.uk www.forthports.co.uk @forthports