Our website uses cookies so that we can provide a better service. Continue to use the site as normal if you're happy with this, or find out how to manage cookies.
X
You are here
> About Us
> Houseboats 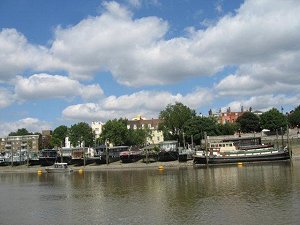 The PLA has, from 1 August 2012, adopted a new formula for calculating river works licence fees for residential use (houseboats).

The new formula was developed over a two year period and involved an independent study looking at how fees should be set, how to phase in any changes and options for dispute resolution. A steering group was established to direct this work, provide a forum for debate, supply information and consider recommendations.  Licensees and residents were also consulted at the outset of the study, in 2010.

A Proposals Report by the independent consultants was subject to a 10-week formal public consultation which closed on Friday 18th November 2011. The consultants' Final Recommendations Report was received just before Christmas 2011 and was subsequently the subject of consideration by the PLA Board and further discussion with houseboat community representatives. At the conclusion of these discussions some further adjustments were made to the formula, before its final adoption by the PLA Board.

The system for calculating mooring fees is an equitable one, developed with stakeholders.  We recognised, nevertheless, that it is not always possible to reach agreement, so developed a disputes resolution process.  The sequential process looks to resolve disputes as simply and quickly as possible, with the ultimate option of going to arbitration, if all other approaches have proved unsuccessful.  You can read a full copy of the disputes resolution process here:

This page also contains the steering group's terms of reference, minutes of its meetings and updates on its work.

The Steering Group asked barrister Robin Purchas for an independent legal opinion on aspects of the Port of London Act 1968 relating to residential river works licensing.

That legal opinion, which informed the ongoing study, is below.

Background to the study