Our website uses cookies so that we can provide a better service. Continue to use the site as normal if you're happy with this, or find out how to manage cookies.
X
You are here
> About Us
> PLA Main Projects
> Thames Tideway Tunnel Project 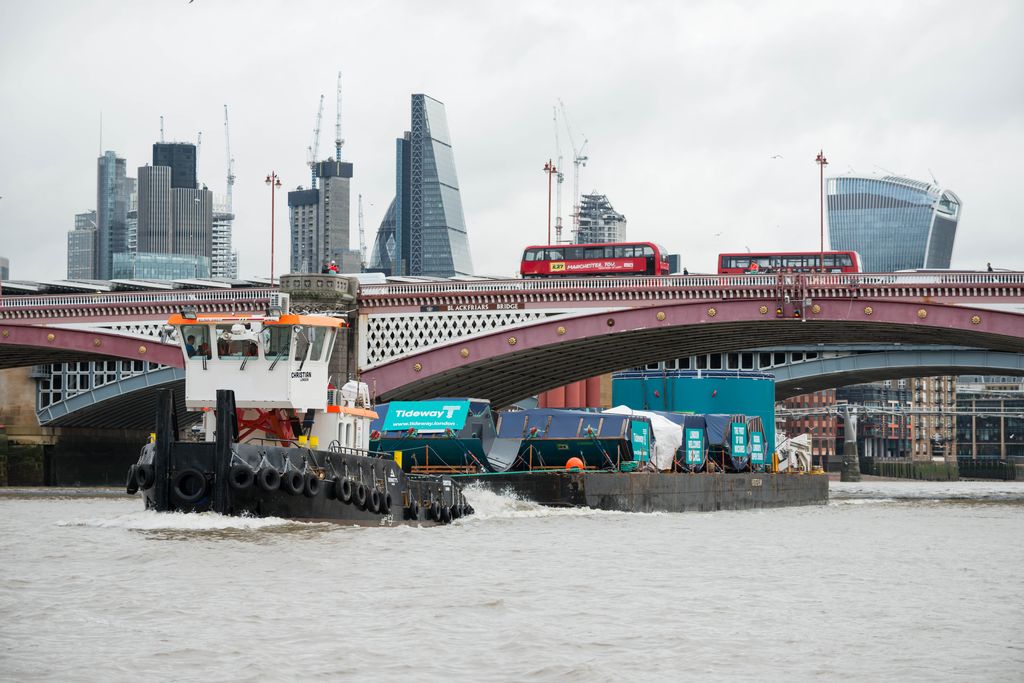 When complete in 2024, it will transform the quality of the tidal Thames, tackling the millions of tonnes of sewage that currently end up in the river due to a lack of capacity in the capital’s existing, predominantly Victorian, sewerage network.

The project is essential for the long-term health of the river and will benefit all those who use it, along with wildlife. It will play a vital role in securing the future economic and social wellbeing of the capital as a whole and is a key element of the Thames Vision strategy.

The construction of the tunnel will see a significant increase in river traffic. Tideway, the company delivering the project, has committed to maximise use of the river for transporting materials to and fro. This will keep hundreds of lorries off London’s already congested streets and is an approach we fully endorse.

We contributed extensively to the planning approval process for the project, which started in 2010, and have appointed a dedicated harbour master to work alongside a dedicated team to oversee the consenting and operational delivery of the scheme at 11 construction sites in or adjacent to the river. Their work involves issuing licences for in-river activities and closely monitoring navigation safety and environmental considerations.

To maintain the safety of river traffic, we are conducting monthly reviews of predicted barge movements and discuss risk mitigation with Tideway’s contractors.

Consistent with the policies in the Mayor's River Action Plan and the London Plan, we are working with the Greater London Authority and Transport for London to keep inconvenience to existing river traffic to a minimum.