Our website uses cookies so that we can provide a better service. Continue to use the site as normal if you're happy with this, or find out how to manage cookies.
X
You are here
>How we developed the Vision

How we developed the Vision 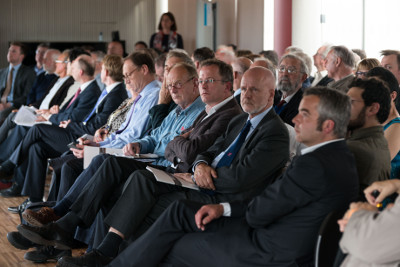 The Vision was developed with extensive involvement of stakeholders
We started in March 2015 with a Have Your Say survey, which allowed stakeholders to submit a response to three questions:


Three public meetings were held in Putney, Southbank and Orsett in the spring, which saw 200 people attend and contribute to the Thames Vision.

A series of seminars took place in September and October to seek insight on the future of the River Thames. River users were invited to attend sector-specific seminars on the following themes:

A consultation on the Goals and Priority Actions for the Thames Vision ran from mid-December 2015 to mid-February 2016.

The final Thames Vision launched on 4 July 2016 and you can see it here.

The results from the Have your Say survey, the three public meetings and the consultation on the Goals and Prioirty Actions for the Thames Vision can be found here.

Engagement and partnership working with stakeholders to deliver the Vision continues.