Our website uses cookies so that we can provide a better service. Continue to use the site as normal if you're happy with this, or find out how to manage cookies.
X
You are here
> Media
> News Releases
> Deputy mayor marks official reopening of Peruvian Wharf 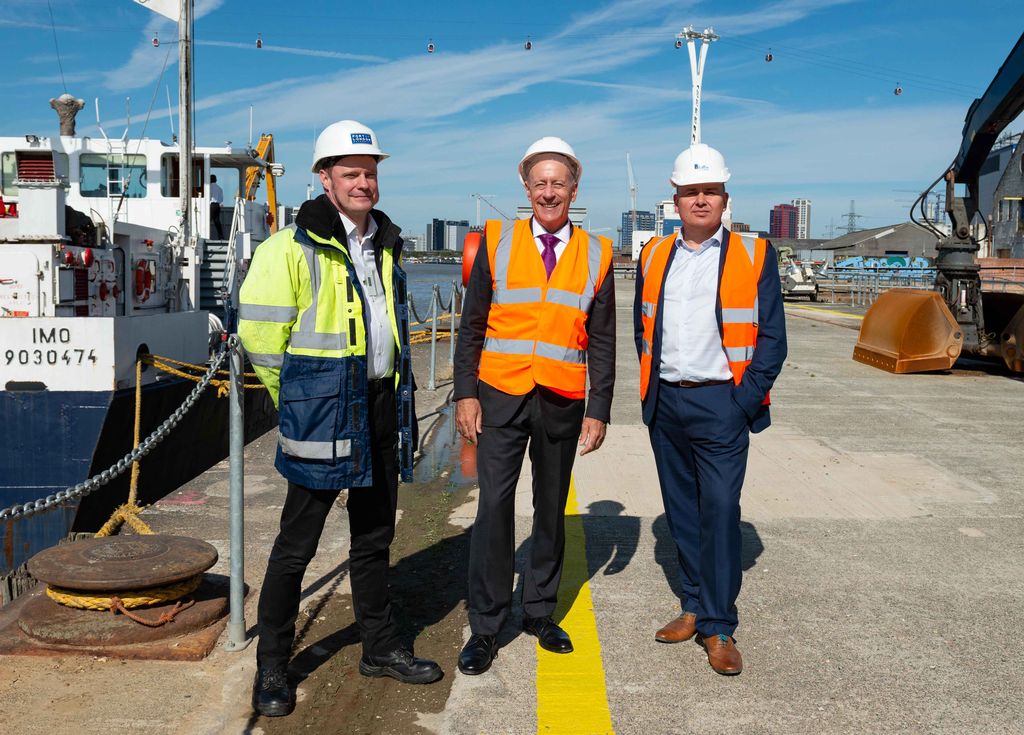 London’s deputy mayor for planning and regeneration, Jules Pipe CBE, has visited Peruvian Wharf in East London, officially marking the reopening of the site over 20 years since handling its last cargo.

Peruvian is one of 50 strategically located wharves on the Thames safeguarded for cargo handling. The PLA bought the wharf in late 2016 for £3 million, after 17 years of legal battle to bring the site back into use. They subsequently invested a further £3 million in preparing the site for the development of marine operations. The principal tenant, Brett Group has now started operations at Peruvian after further investment in developing a building materials terminal on the site.

Speaking at Peruvian Wharf, Jules Pipe said: “It is great to see sites like Peruvian Wharf brought back into use and to recognise that traditional activities like moving cargo by river are as relevant as ever in our growing capital city.

“This site now serves as an important part of a vital industrial area along the Royal Docks. It will play a key role in the Mayor’s plans to take more lorries off congested roads and supply materials for the construction of some of the 66,000 homes a year that London needs.”

Peruvian Wharf’s tenants are expected to handle more than 400,000 tonnes of cargo a year, keeping more than 20,000 lorries off London’s roads each year.

The Thames is the busiest inland waterway in the UK. In 2018 more than two and a half million tonnes of materials was moved by river, keeping over 150,000 lorries off London’s congested road network.

“This is a milestone for the river and for the PLA,” said James Trimmer, PLA director of planning and environment. “At Peruvian today we have a ship alongside, working cargo at the heart of a cluster of industrial uses. This is something we’re committed to developing further. Through our Investment Plan we recently acquired the adjoining Royal Primrose Wharf for cargo handling use too.”

Together, Peruvian and Royal Primrose form a cargo handling core adjacent to other industrial uses, including Tate & Lyle’s Plaistow factory. 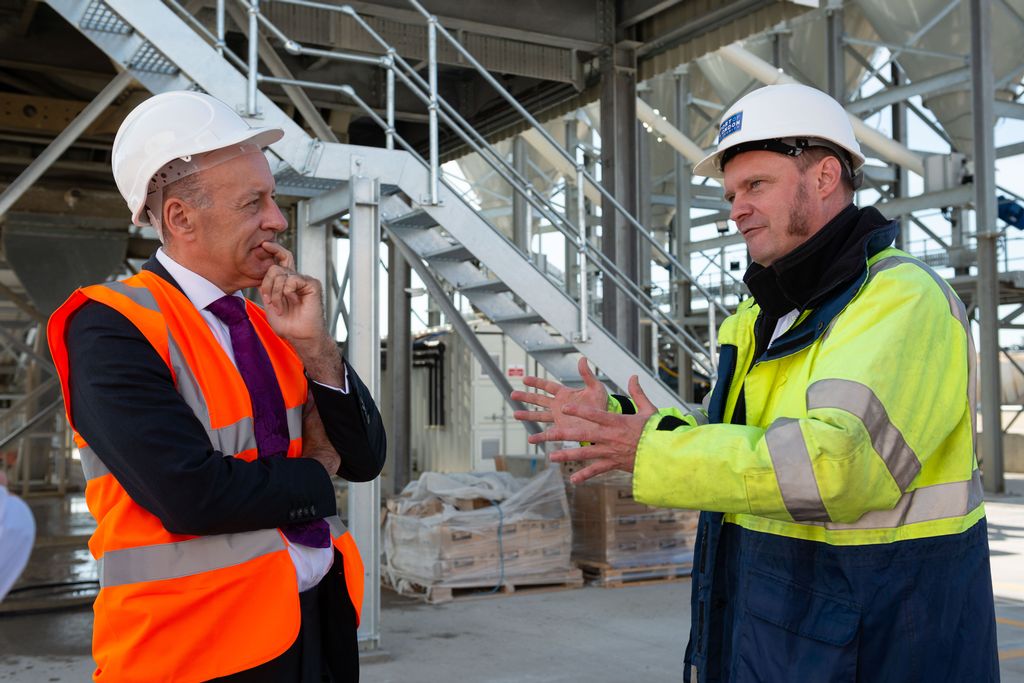 For Brett, the development of Peruvian Wharf is part of an expansion of marine aggregates delivery into London by river and rail. Brett opened a new rail-fed concrete plant at Wembley in late 2018, opened Peruvian Wharf in May 2019, and has plans to open other river and rail linked concrete plants in London which will replace plants being fed with aggregates delivered by road. This plan will enable the demand for construction materials to be met with lower numbers of vehicle journeys and lower emissions, reducing congestion and improving air quality.

Brett development director, Oliver Brown, said: “Our batching plant at Peruvian is ideally located to meet the demand for construction materials for housing and infrastructure projects in rapidly developing East London. At the same time it keeps the impacts on local highways and air quality caused by construction traffic to a minimum.”

Every year London requires 10 million tonnes of aggregates for the construction of new homes, workspaces and infrastructure.

The long term goal for inland freight on the river, as set out in the Thames Vision, is for a baseload of four million tonnes to be moved a year. The reactivation of Peruvian Wharf is a key part of delivering on that commitment.