Our website uses cookies so that we can provide a better service. Continue to use the site as normal if you're happy with this, or find out how to manage cookies.
X
You are here
> Media
> News Releases
> Gravesend pupils get to grips with plastic pollution in the Thames

Gravesend pupils get to grips with plastic pollution in the Thames 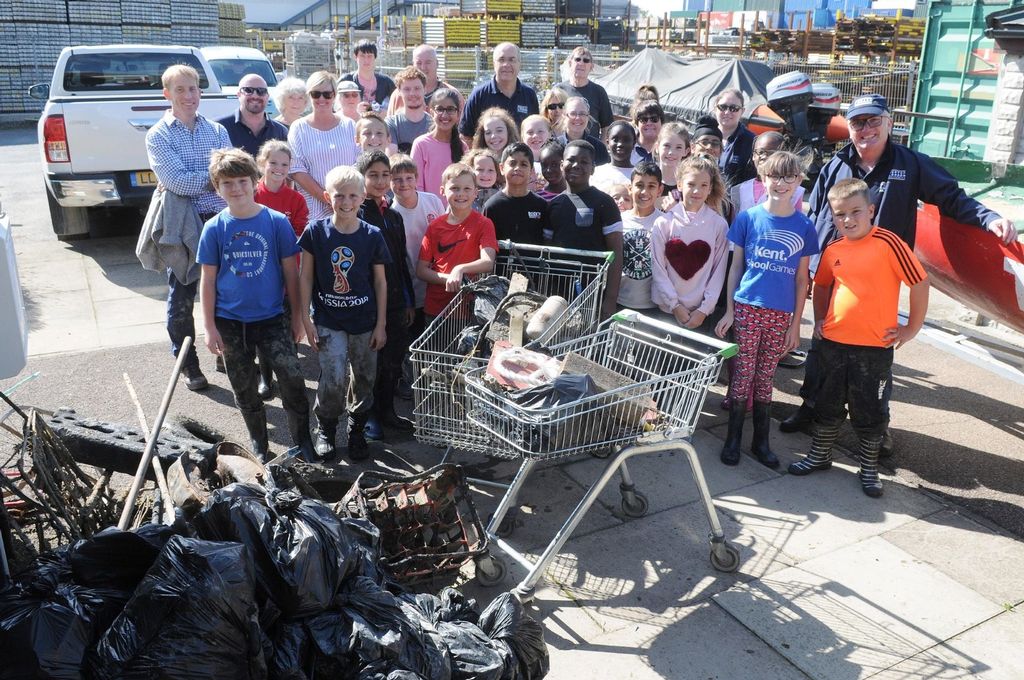 Gravesend school children joined volunteers from the Port of London Authority (PLA), City of London Corporation and local fishermen (13 September) for the fourth annual Thames foreshore clear up at Denton.

Featuring high on the list of items salvaged at the clean up, led by charity Thames21, were countless plastic bottles, cups and straws, as well as drinks cans and glass containers, along with scores of discarded cotton buds that escape into the river from London’s sewers.

St Joseph’s teacher Alison Shelton said: “Like most people, the pupils have been very concerned recently to hear about the devastating impact growing plastic pollution is having on aquatic wildlife all around the world.

“Inspired by David Attenborough’s BBC Blue Planet documentary series highlighting the problem, they were extremely keen to get out on the foreshore to do their bit to try and reverse the tide of plastic pollution in our own backyard, the River Thames.”

A large tyre, a clothes dryer, a motorbike and a TV were among the bigger items the 40-strong clean up team flexed their biceps to retrieve from the muddy banks of the river.

One of the PLA volunteers helping out with the clean-up was the company’s chief executive Robin Mortimer, who said:

“Seeing close up the volume of litter that gets washed into the river was a real eye opener.

“Often hidden by plant-life and mud, it was shocking to see how much we were able to rescue from the river in just a matter of hours.

“It’s a reminder for everyone to make sure we all dispose of all our rubbish carefully – that means in the bin, every time, ideally recycling it where possible.”

The PLA launched the Cleaner Thames campaign with Tideway (who are building London’s new “super sewer”, the Thames Tideway Tunnel) and Thames21 in 2015, The campaign aims to stop the tide of rubbish that is ending up in the Thames, after researchers at Royal Holloway, University of London, found that up to 75% of some types of fish in the Thames have plastic fibres in their gut. Up to 300 tonnes of rubbish is recovered from the Thames every year, with the amount of plastics, especially plastic bottles growing year on year. The campaign calls on the public to ‘do the right’ thing and make sure their rubbish goes in the bin, not in the river.

As part of its “Cleaner Thames” initiative, the PLA is working with the environmental charity Hubbub on For Fish’s Sake, (#FFSLDN) an eye-catching new campaign seeking to stem litter pollution in the Thames by raising public awareness of the issue.