Our website uses cookies so that we can provide a better service. Continue to use the site as normal if you're happy with this, or find out how to manage cookies.
X
You are here
> Media
> News Releases
> Making the Thames the centre of London's cultural story - NEW REPORT 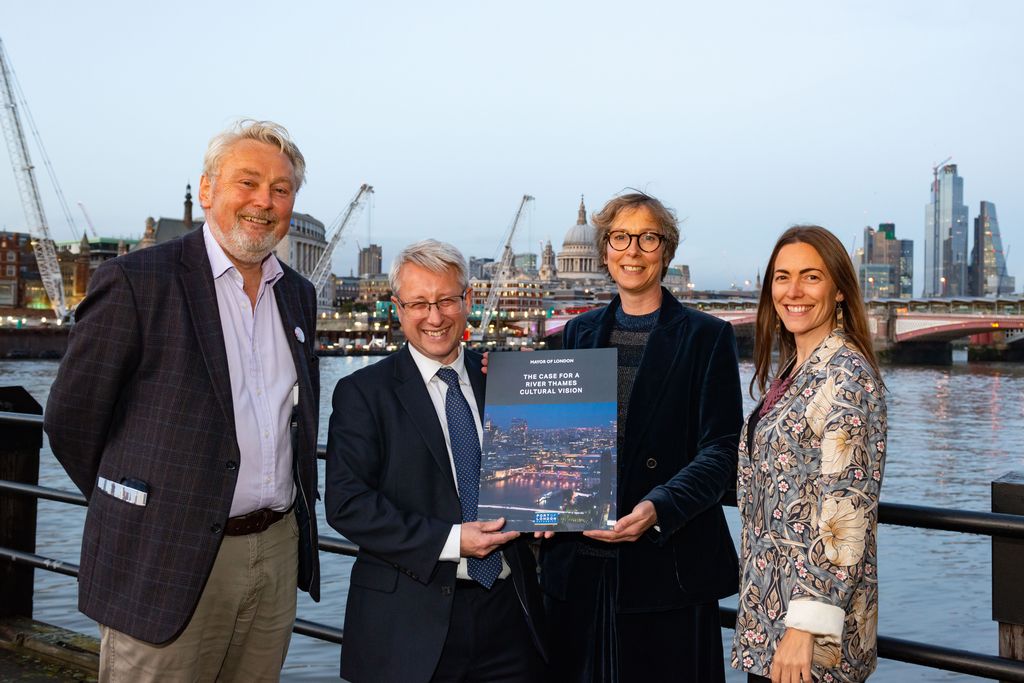 The Case for a River Thames Cultural Vision sets out how clear direction could make the most of the river’s cultural attractions, for the benefit of Londoners and visitors alike.

Its publication comes towards the climax of Totally Thames, a month-long festival celebrating the river and its diversity, founded over 20 years ago.

The report aligns with GLA’s priorities for promoting the city on the world stage and the PLA’s wider Thames Vision, launched in 2016, setting out six targets for the economic, environmental and social resurgence of the river, to be delivered by 2035.

Last year the two organisations jointly commissioned the consultancy Publica, in collaboration with BOP Consulting, to canvas the views of a wide range of river stakeholders and carry out in-depth research and analysis into what needs to be done to ensure the Thames plays a full and vibrant role in the cultural life of the capital – spanning the arts, sport, recreation, events, ecology, transport and industry.

The need for improved communication and collaboration is central to the report’s recommendations for ensuring the river’s cultural offerings have impact both locally and around the world.

To this end, the PLA has committed to establish a ‘one-stop-shop’ website, show casing the full range of events and activities that take place on the river each year.

These include charity spectacles, such as the Great River Race each September the New Year’s Eve fireworks on the river, and the Historic Thames Barge Race in July, which celebrates the rowing and navigational skills of river workers who ferried freight up and down the river for centuries.

This year has also seen the launch of Illuminated River, the longest art commission in the world, with the first four bridges lit in a scheme conceived by internationally-acclaimed artist Leo Villareal. The project is set to transform the capital at night, ultimately lighting up to 15 bridges on the River Thames.

Next year the PLA will also host the first Great River Cities of the World conference in the capital, to share London’s story with counterparts from across the globe and learn from their experiences.

Justine Simons OBE, deputy mayor for culture and the creative industries, said: “Over centuries The Thames has driven our growth and development as well as shaped our identity as a city. Today it hosts internationally-renowned festivals and major art commissions, but it's clear there is more we can do to make the most of this destination. ‎This report sets out an ambitious vision, a road map for partners and the public to join forces and put the river at the heart of our cultural life.”

Adrian Evans LVO of Thames Festival Trust said: “The River Thames is a highly valued natural environment and a much-loved asset for Londoners to enjoy.

“It is a significant cultural destination too, with over 400 events in its calendar. While respecting its fragile ecology, there is still huge scope for more. I believe the Thames can and should be an inspiration for learning, for understanding more about London’s heritage and for celebrating its diverse communities.

“I think there is great potential for expanding well-being events, sporting activities, cultural and environmental initiatives too.

“The growth in creative opportunities, jobs, sense of well-being and community pride that this would unleash is not to be under estimated.”

Robin Mortimer, PLA chief executive, said: “As custodians of the river, we take pride in leading improvements in quality of life for the people who work on it, live close to it, or visit it, from near or far.

“Extending the rich cultural benefits of the river is integral to securing the all-round prosperity and wellbeing of the river and the capital as a whole.”

Other Thames cultural highlights scheduled for 2020 include: