Our website uses cookies so that we can provide a better service. Continue to use the site as normal if you're happy with this, or find out how to manage cookies.
X
You are here
> Media
> News Releases
> Museum of London Docklands explores history of the largest docks in the world 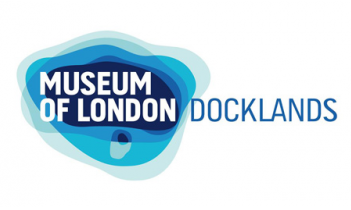 No.1 Warehouse, the new permanent gallery, focuses attention on the Grade 1 Listed Museum of London Docklands building itself. Originally called No 1 Warehouse, the museum building was part of the West India Docks, London’s first enclosed dock system. A walled and gated compound, the West India Docks provided a secure environment within which cargoes could be loaded, unloaded and stored. Established in 1802, they were the first stage in the proliferation of early 19th century dock building in the east of London.

The new gallery aims to reveal the inner workings of London’s docks and warehouses. It will bring this story to life using a powerful combination of historic equipment and machinery which performed the day-to-day work of the docks, as well as oral histories, historic images, film and the remarkable building itself.

The West India Docks were a hive of activity in which dockers, merchants, clerks, warehousemen and coopers combined to operate the busiest docks in the world, accommodating over 600 vessels. At its height, No.1 Warehouse was piled high with valuable cargoes from around the world including sugar, rum, tobacco, spices, coffee, timber and wine. Cargoes were constantly on the move as they were winched from the holds of ships, to the quayside and straight into the warehouses via loophole doors. This process went on daily for nearly 200 years, helping to establish London as a major world city, until
the advent of shipping containers forced the dock’s closure in 1980.

Among the most visually impressive items on display will be the beautifully made pieces of equipment which were the working tools of the dock: 19th century iron beam scales which hung from the ceiling timbers and weighed large items or quantities, large wooden cargo casks, elaborately braided ropework baskets and iron hand winches will give a palpable sense of the scale of the everyday operation. These objects will be on open display so as to convey their physicality: they were working tools and equipment which, throughout their working lives, needed to be pushed, lifted, swung, hauled, dragged, and often by hand at
that.

Smaller items include an early 19th century bronze call-on bell, which sounded the dock’s opening and closing times; a lifesize wooden sculpture of a sailor at the wheel of a ship, the trademark of mast maker Bawn & Co; iron ring weights; tobacco trolleys, meat carts, and cut away models of the docks, illustrating the activity taking place on each floor.

Perhaps the finest exhibit is the building itself, designed by George Gwilt and his son; with its loophole doors on each floor, security windows with spiked cast iron frames and timber columns, the warehouse is an impressive relic of a lost era. With the new gallery development, visitors will for the first time be able to look out on to the quay through the historic loophole windows.

Francis Marshall, Senior Curator at the Museum of London, said “The new No.1 Warehouse gallery is the first major redevelopment of our galleries since London, Sugar and Slavery opened in 2007. It tells a story unknown to many, but which underpins the development of this city. We’re thrilled to be using this opportunity to focus on such an important piece of
London’s history, and with such significance for our local area.”

The new No.1 Warehouse gallery was made possible thanks to generous supporters including; DCMS/Wolfson Museums & Galleries Improvement Fund, Arts Council England and The Foyle Foundation. The gallery contains numerous materials from the Port of London Authority archive.