Our website uses cookies so that we can provide a better service. Continue to use the site as normal if you're happy with this, or find out how to manage cookies.
X
You are here
> Media
> News Releases
> New High-tech vessel Thame named by Deputy Mayor for Transport

Heidi Alexander, the Deputy Mayor of London for Transport, has named the latest addition to the Port of London Authority (PLA) fleet of vessels that survey the bed of the tidal River Thames.

Covering a patch that extends from Richmond in Surrey to Gravesend in Kent, Thame works to help ensure that the river – the UK’s busiest inland waterway and second biggest port – is safe for freight and passenger vessels, as well as recreational river users. 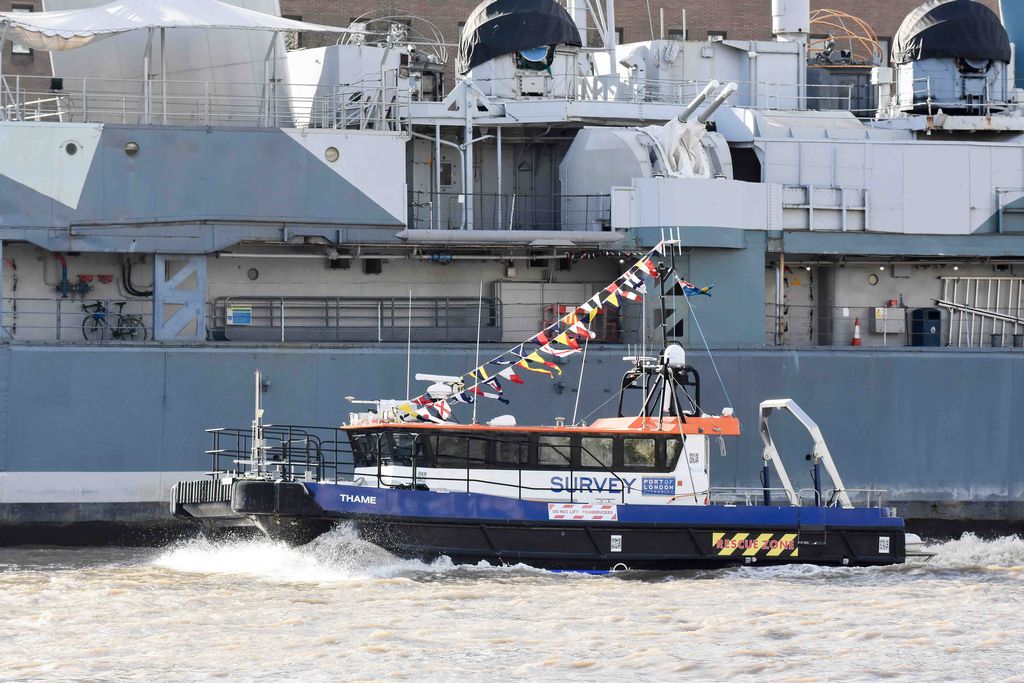 The vessel deploys state-of-the-art sonar, laser and photographic equipment to map the river’s ever-changing contours and identify potential artefacts and hazards, hidden in its bank, jetties and walls. She is also available for commercial work.

Named after the Thames tributary that rises in Buckinghamshire, Thame was christened this morning (8 November) in a ceremony at Tower Pier, which also included a blessing by the Reverend Sophia Acland of All Hallows by the Tower.

Heidi Alexander, who also chairs the London and Thames Waterways Forum, said: “I’m delighted to officially name Thame. Her projects so far have included crucial work to support Transport for London deliver the new Woolwich Ferry terminals and ensure they can accommodate our new low-emission ferries. 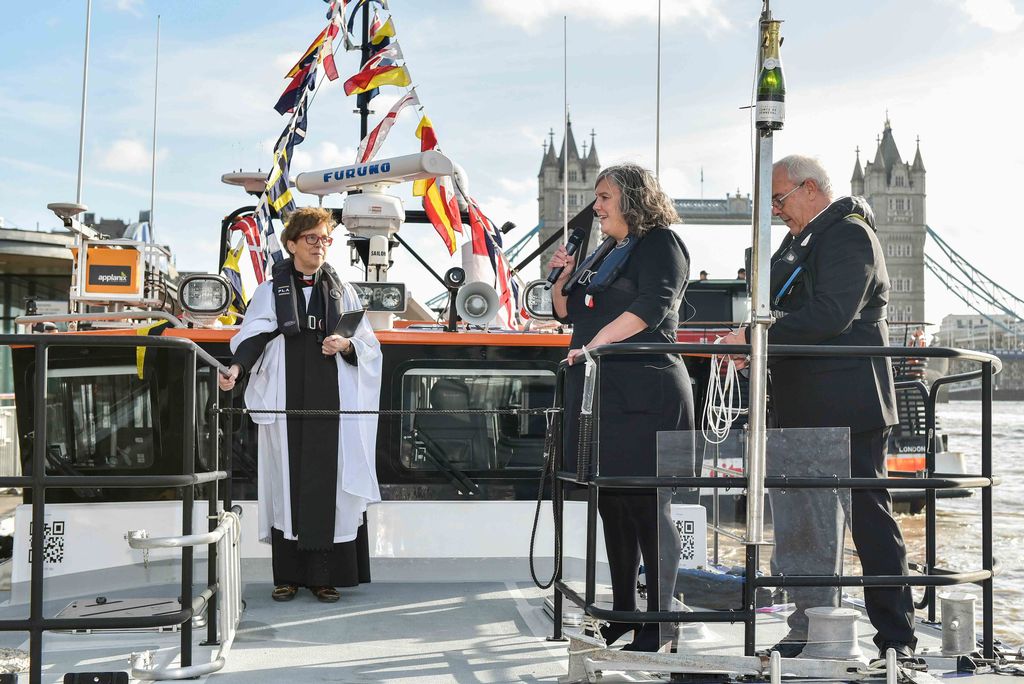 “Safety on the water is of paramount importance for everyone connected with the Thames, so it’s reassuring to know there is another vessel out there working to ensure risks to river users are kept as low as possible.”

Robin Mortimer, PLA chief executive, said: “Thanks to vessels like Thame, the 2035 Thames Vision, which targets greater river use at the heart of our growing city, is becoming a reality.

“Making sure our expert hydrographers have access to the latest technology and highly capable boats, is an essential part of our work to ensure that people can make the most of the river, safely.

“The preparatory work Thame is undertaking to help deliver key projects, such as the Thames Tideway Tunnel and new river crossings, is a great example of her flexibility, sustaining the long-term health and prosperity of the river.”