Our website uses cookies so that we can provide a better service. Continue to use the site as normal if you're happy with this, or find out how to manage cookies.
X
You are here
> Media
> News Releases
> New Reports Measures Tidal Thames' Economic and Amenity Value

As London International Shipping Week starts (Monday, 7 September), new Port of London Authority (PLA) data shows the tidal Thames is thriving, both economically, with over 40,000 jobs linked to port operations, and also in terms of its amenity value, which is worth over £100 million in health benefits for residents alone who enjoy 10 million bike rides and walks on the towpath every year.

The data was revealed by two research studies into the economic impact of port, passenger and other operations on the Thames; and a first-of-its-kind assessment of the river’s ‘amenity’ value.

The Thames is home to the UK’s second biggest port, the busiest inland waterway in the country with ten million passenger trips and five million tonnes of freight moved between river terminals every year. It’s a vital supply line keeping families across London and the south east supplied with food, fuel and life’s essentials; a haven for nature and a centre for sports and recreation. 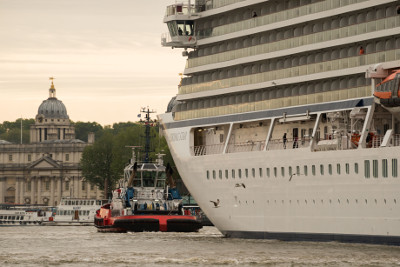 “We knew the Thames was economically important and this data underlines that, as it supports over 43,000 jobs and generates over £4 billion for the economy. What’s really new with this research is the first attempt to gauge the less tangible, amenity value of the river – for example how the Thames supports the health of people using the river and towpath for sport and recreation; and how this globally recognised river contributes to tourism spend in the capital.”

The PLA commissioned the research as part of a year long project to develop a Vision for the future of the tidal Thames, the 95 miles of river that stretches from Teddington Lock through the heart of the capital to the North Sea.

Discussing the findings at the launch of the reports at Tower Pier today were Perry Glading, chief operating officer of Forth Ports, which owns the Port of Tilbury; CBI London regional director, Lucy Haynes; and Thames Festival director, Adrian Evans.

“This research underlines the importance of the Thames as a magnet for both Londoners and visitors to the capital. Riverside attractions are now welcoming 23.4 million visits a year, generating jobs for almost 100,000 people in riverside wards,” said Adrian Evans. “Totally Thames, our month-long season of river and riverfront sport and cultural events attracts over 2 million people to the Thames, both adding significantly to local riverside economies and allowing the river to delight and inspire, enhancing quality of life.” 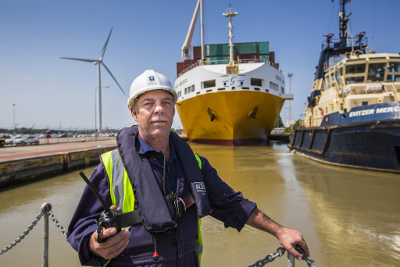 “As an outdoor gym the Thames must be unrivalled, with an estimated 10 million residents being towpath walkers and cyclists, joined by over 5,000 people regularly rowing” added Robin Mortimer. “All this activity is valued by those taking part at £132 million and the improved health and wellbeing is estimated to save over half a million pounds a year for the NHS.”

The research showed that £1 billion of new investment is planned for Thames port and marine operations over the next five years. New investments include two new fast ferries for MBNA Thames Clippers which are due to be delivered this month, a new engine line at Ford’s Dagenham plant, Stolthaven’s new bitumen import facility and the continued development of London Gateway Port.

Perry Glading, whose Forth Ports group includes the Port of Tilbury, the biggest single port operation on the river, explained the attractions of the Thames as a place to invest: 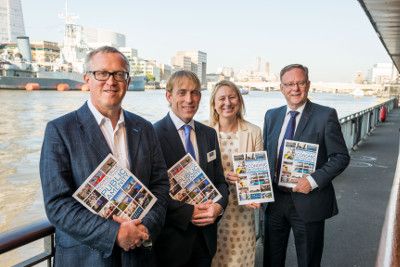 “It’s all about connections,” he said. “The Thames gets you to the doorstep of the largest consumer market in the UK. We’re making continued significant investment in facilities for our customers, keeping Tilbury at the forefront of access to London and the South East. Our new distribution centre for Travis Perkins, where building materials can be distributed within hours of coming off a ship, shows that port-centred logistics is the way to go. That’s what attracted NFT Distribution to develop their new temperature-controlled distribution centre at Tilbury, with more than 300,000 sq ft of new warehouse space and over 800 new jobs.”

“With over 10 million people expected to be living in the capital by 2030, it’s vital we see a boost in river transport for both passengers and freight to keep the capital moving. The River Thames is London’s lifeblood, and has a key role to play in enabling the city to grow and compete globally”

“The Thames is the UK’s greatest waterway. The figures released today shed light on the vital role the river plays in millions of people’s lives. They will also help us as we develop a Vision for the Thames for the next 20 years, ensuring that it plays an even greater role and is enjoyed by more people for trade, travel, leisure and sport.”