Our website uses cookies so that we can provide a better service. Continue to use the site as normal if you're happy with this, or find out how to manage cookies.
X
You are here
> Media
> News Releases
> PLA boost for Thames Festival Trust’s work to champion the river 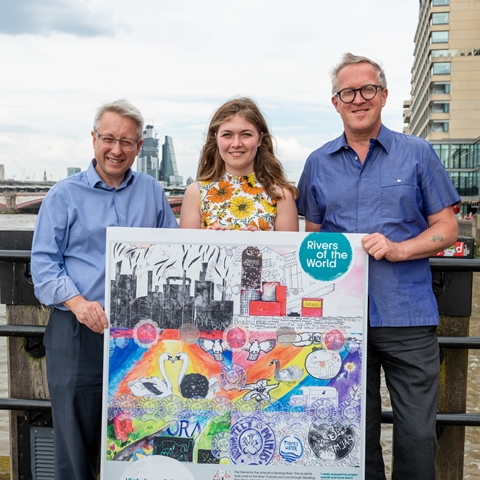 A new partnership between the Port of London Authority (PLA) and the Thames Festival Trust (TFT) will champion river activity and encourage young people to think differently about the Thames. By becoming a core supporter of TFT over the next four years, the PLA will boost the annual month-long Totally Thames celebration of the river (a highlight in the annual river calendar); and support the extension of the Trust’s education outreach work with hundreds of secondary school pupils in London boroughs.

Arts Council England, the British Council and the Mayor of London are TFT’s other core supporters. The latest development will help deliver the goals of the Thames Vision, the 20-year development framework for the river’s future, which was developed by the PLA with stakeholders and launched in 2016.

Adrian Evans, director of the Thames Festival Trust, says: “The Thames can get taken for granted. It is the reason London was born in the first place and it plays a vital role in our society – as a main transport channel for bringing in everyday goods; as an employer and tourist attraction boosting the economy; and as a cultural centre. This partnership is an amazing endorsement of the work of the TFT. It enables us to meet our goal of increasing the appreciation of the river and its importance to us all through creating and promoting river-related art, education and heritage programmes.

“In addition, we are delighted to now be able to take Rivers of the World further east into areas along the Thames not covered before. This year we will focus on Barking and Dagenham and next year on Newham, boroughs which also play a vital role in their connection with the Thames.”

PLA Thames Vision director, Alistair Gale says: “The aim of the Thames Vision is to see as many people connect with the river as possible, whether for work, sport or leisure. Partnering with the Thames Festival Trust on Totally Thames and its education work will help both to inspire interest in the Thames for the first time and to re-energise those with a forgotten love of the river.

“This agreement rightly makes the Thames the focal point, whether you are attending one of the unusual Totally Thames events, or you are a student contributing art to the Rivers of the World project. It’s set to be an exciting programme.”

This year’s Rivers of the World programme will launch during Totally Thames – on the 5 September at Oxo Tower; and an exhibition of the latest artwork will be presented in two venues:

For more information about Totally Thames and Rivers of the World please visit www.thamesfestivaltrust.org

About the Thames Vision

The Thames Vision is the 20 year development framework for the tidal Thames. Developed with stakeholders, it targets increased river use across trade, travel and sport, alongside an improving environment. For more, visit: http://www.pla.co.uk/About-Us/The-Thames-Vision