Our website uses cookies so that we can provide a better service. Continue to use the site as normal if you're happy with this, or find out how to manage cookies.
X
You are here
> Media
> News Releases
> Port of London Trade Flat in 2013 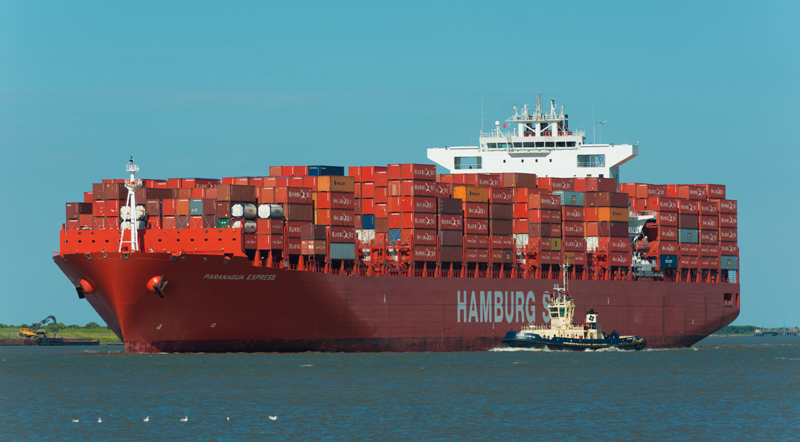 Latest figures from the Port of London Authority (PLA) show the volume of cargo handled at terminals on the tidal Thames in 2013 was flat with overall cargo trade marginally down by 1.2% (0.5 million tonnes) at 43.2 million tonnes.

The PLA, which oversees shipping movements in and out of port terminals on the Thames, says the main reason for the fall was the closure of Coryton oil refinery. One of the largest port facilities on the Thames, the refinery closed in May 2012. No crude oil was handled at the terminal last year. By comparison, some 2.4 million tonnes of crude had been handled there in the first five months of 2012.

The loss of crude oil trade in 2013 was offset by increases in the throughput of other cargoes, principally aggregates for building, construction and civil engineering projects.

“These figures show flat overall Port of London trade in 2013. The overall subdued level of port trade is primarily due to continued restructuring in the UK energy sector, both oil refining and power generation. Other sectors are now showing recovery and this showed through in the latter part of the year

“The key trades linked to construction – aggregates and cement – were up by a strong 1.3 million tonnes as the London market picked up. Overall consumer confidence and a return to economic growth was underlined by significant increases in throughput of containers and roll-on/roll-off (unitised) goods as the year went on.

“Investment in port terminals here is a sign of optimism about the next few years: the brand new London Gateway container port opened as 2013 drew to a close and is now handling regular calls. The new Thames Oilport, on the site of the former Coryton refinery, is also set to open this year and the Port of Tilbury continues to invest across its port and distribution operations.”

Notes to editors:
• the Port of London comprises over 70 independently owned and operated terminals and port facilities at different locations on the Thames. These handle a wide range of cargoes. London is the UK's second largest port
• the Port of London Authority (PLA) is responsible for navigational, safety and related matters on 95 miles of the tidal Thames from the sea to Teddington in west London. The PLA provides navigational, port control / Vessel Traffic Services, safety, pilot, diving and other services for users of the Thames
• photos of shipping and port activity in the Port of London available on request from martin.garside@pla.co.uk