Our website uses cookies so that we can provide a better service. Continue to use the site as normal if you're happy with this, or find out how to manage cookies.
X
You are here
> Media
> News Releases
> Rose's return: explorer back on river for update on Cleaner Thames campaign

Rose's return: explorer back on river for update on Cleaner Thames campaign 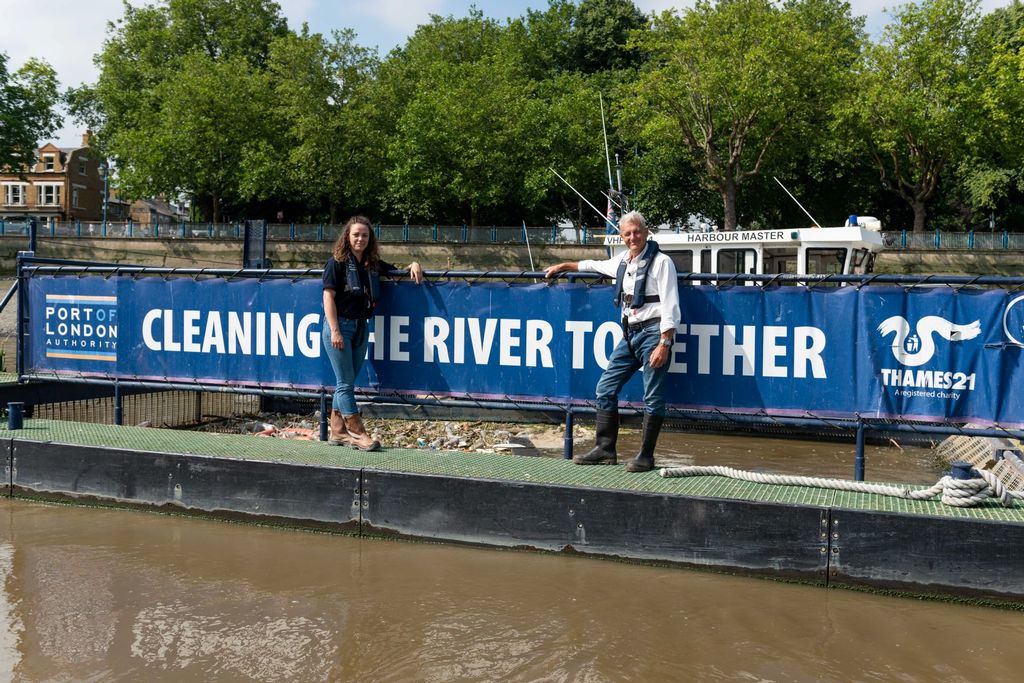 Paul Rose and Tanya Ferry aboard a PLA Debris Collector

Has growing public awareness of marine pollution made any difference to the levels of plastic discarded in the tidal River Thames in the heart of Britain’s capital city?

The five-minute documentary takes international explorer Paul Rose back out onto the river, three years after he launched the Cleaner Thames campaign to raise awareness of the damage caused to wildlife and the environment by bags, bottles, cups and other plastic items washing up in the nation’s most famous waterway.

Sustained media interest in the subject in recent months has, it seems, made a difference, but the London-born adventurer is clear there is still a mountain to climb.

Paul said: “The good news is that the tide is starting to turn when it comes to plastic littering of the river. Plastic bags are noticeably less common in the river since the Government imposed a 5p levy on their issue by retailers, for example.

“But no-one should be in any doubt that there is still a very, very long way to go in reversing the sickening damage plastic and other non-biodegradable rubbish does to the wildlife of the River Thames, as it makes it way out to sea from inner London.”

In the film Paul sees the extent of plastic pollution entering the tidal Thames for himself, when he joins PLA environment manager Tanya Ferry aboard one of the company’s boats specially adapted to scoop litter from the river. Tanya said: “Despite some very welcome recent initial indications of things moving in the right direction, this film is an important reminder that litter in the Thames remains an extremely serious threat to the ecology of the river.

“As well as degrading its appearance, the flood of rubbish entering the river on a pretty much daily basis also threatens the abundance of wildlife that calls it home. Our work to protect them remains as important as ever” 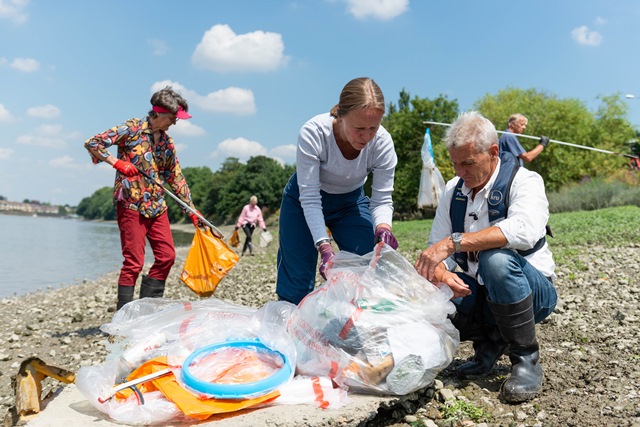 Paul Rose with members of the Barnes Tidy Towpath Group

Ann, who co-founded the Barnes Tidy Towpath Group (BTTG) a year ago with another local resident Petra Gaensbacher, said: “In the past 12 months we have noticed some encouraging signs of the situation improving.

“People are now much more aware of the consequences of littering and that is resulting in them beginning to change their behaviour for the better. “The strategic positioning by Richmond Council of litter bins at key access points to the foreshore, identified by our members, has had a very positive impact too.”

But Ann also cautioned against complacency, adding: “In July three of our members in just two hours collected 1,000 discarded plastic pub glasses from the foreshore, which underlines the enormous scale of the challenge we still face. We really must reduce our use of plastics and change our throwaway habits!”

The Cleaner Thames campaign was launched by the PLA in 2015 with clean-up charity Thames21 and Tideway, the company delivering London’s new “super sewer”, the Thames Tideway Tunnel. It is supported by the Totally Thames Festival, the Environment Agency, the London Wildlife Trust, the Marine Conservation Society and the Royal Society for the Protection of Birds.

It was inspired by Royal Holloway, University of London, research showing that plastic is routinely digested by young fish in the Thames as they make their way out to sea, posing the potential risk of the pollution entering the human food chain.

Three quarters of flounder sampled in the estuary between Erith and the Isle of Sheppey, for example, were found to have man-made remnants from everyday items of waste in their gut. Birdlife and mammals, such as seals, are similarly endangered by eating fragments of litter, including ring pulls from drink cans.

Soft drink bottles figure particularly highly in the 300 tonnes of waste recovered from the tidal Thames every year.

The Cleaner Thames campaign calls on the public to “do the right” thing and make sure their rubbish goes in the bin, not the river.

The launch of the update film coincides with the penultimate weekend of Totally Thames, a month-long celebration of the river and all it has to offer. Adrian Evans, who organises the annual event, now in its 21ST year, said: “As our 2018 programme draws to a close, it’s fitting that we focus on one of the most serious challenges the river is facing.

“Whilst there are early some early grounds for optimism in tackling the scourge of litter polluting the tidal Thames, it would be a truly great end to this year’s festival if all Londoners could commit to disposing of all their rubbish responsibly – and that means put in a bin, not in the river.”

Visitors to the Foreshore Festival in Shadwell Basin on Sunday (23 September) can view the Cleaner Thames update film at the PLA information stand.