Our website uses cookies so that we can provide a better service. Continue to use the site as normal if you're happy with this, or find out how to manage cookies.
X
You are here
> Media
> News Releases
> Freight on the rise as Thames Vision strategy starts to bear fruit

A 40% surge in the volume of freight moved between wharves on the Thames is reported in a new Port of London Authority (PLA) update on progress towards delivering the Thames Vision, an ambitious plan to maximise use of the river.

The use of the river to move freight to destinations in the city is a boon for the transport network of London and the South East. Last year 3.4 million tonnes was moved on the river, just 0.6 million tonnes short of the Vision target of four million tonnes, which would remove 400,000 lorries from the region's congested roads. 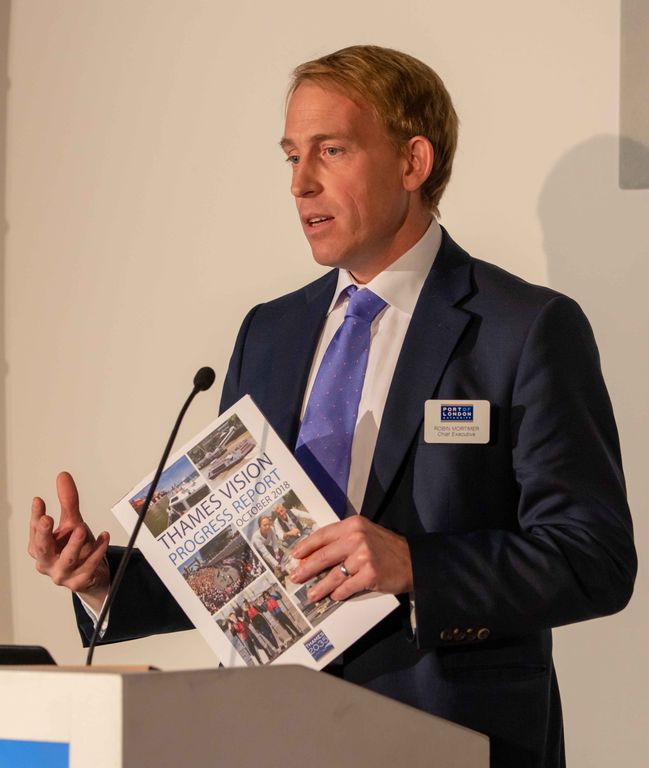 At the same time, the amount of international cargo passing through terminals on the river rose by 10% to 50 million tonnes. The long-term target for port trade is between 60 million tonnes and 80 million tonnes of cargo a year, growth which will be founded on ongoing investment in new port facilities, including Forth Ports' Tilbury2 development and DP World's London Gateway container port.

Both inland freight and port trade goals are part of the Thames Vision, launched by the PLA two years ago, following extensive consultation with river users and other stakeholders. The 20-year development framework sets six targets for maximising use of the river from trade, travel, sport and recreation, alongside embedding the Thames at the heart of the city's cultural offer.

The PLA's chief executive Robin Mortimer briefed the annual meeting of the Thames and London Waterways Forum (17 October) on advances in delivering the Vision over the past 12 months.

He said: "With the strong backing of a wide variety of partners, there is now real momentum behind making the Thames Vision a reality. The substantially increased freight on the river is tangible evidence that working together towards a common goal can really pay dividends. It's work that is underpinned by our Investment Strategy to enhance commercial infrastructure up and down the river.

"Sadly, security concerns last summer damped progress in boosting passenger numbers, but the opening of Battersea Power Station Pier and the introduction of new commuter and tourist vessels are a strong foundation for future growth. The expansion of services in the east remains a particular priority of the year ahead, which we hope to see matched to development of the core pier network in central London."

London's Deputy Mayor for Transport, Heidi Alexander, who chairs the London and Thames Waterways Forum, said: "The River Thames was fundamental to London's development as a globally important city and must be centre stage in its future growth. 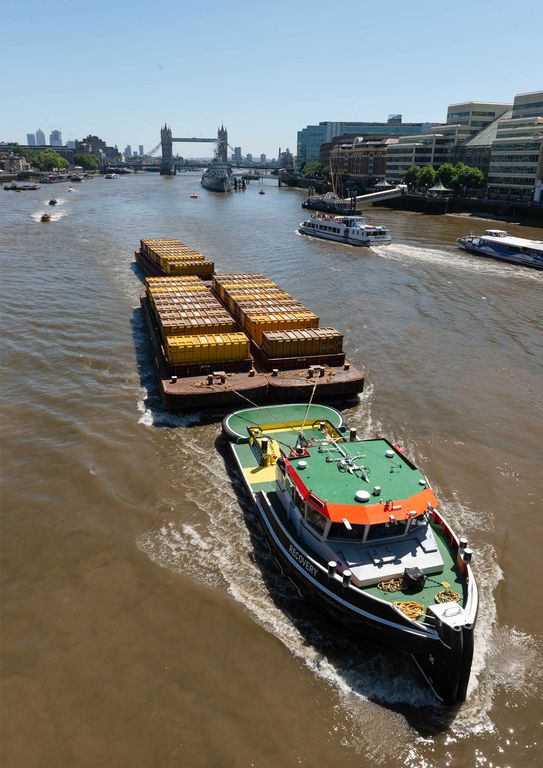 the Mayor's Transport Strategy. For example, their work on air quality is crucial to tackling the damaging impact that emissions have on our city.

"Whilst there is still clearly a long way to go, this important update from the PLA demonstrates we are firmly on the right track."

Robin Mortimer added: "From an environmental perspective, we are proud to have launched an evidence-based, long-term Air Quality Strategy for the Tidal Thames, a first for any UK port.

"Meanwhile, Tideway is on track to deliver London's much-needed 'super sewer', the Thames Tideway Tunnel, which will transform the health of the river, and be a catalyst for others to replicate Tideway's use of the river for carrying construction materials.

"Work with the GLA to develop a cultural strategy for the Thames will come to life next year with the first phase of the Illuminated River project. It's a really exciting initiative, which will transform how we look at the bridges that span the river in central London and command global attention.

"New partnerships with the Thames Festival Trust and Thames Explorer Trust have also been secured to promote the river to school children in east London."

The Vision strategy is integrated into the London Plan, various other Mayoral strategies and borough polices too.

Full copies of the Thames Vision Progress Report can be downloaded from the PLA's website: https://www.pla.co.uk/assets/visionprogress22018web.pdf

The tidal Thames is one of the UK's busiest waterways and is home to the country's second biggest port by tonnage of goods handled.

Developed by the Port of London Authority (PLA) and river stakeholders over the last 18 months, the Thames Vision sets out six goals for increased river use. The Thames Vision Goals are:

The busiest ever Port of London, handling 60-80 million tonnes of cargo a year.


More goods and materials routinely moved between wharves on the river - every year over four million tonnes carried by water - taking over 400,000 lorry trips off the region's roads.

Double the number of people travelling by river - reaching 20 million commuter and tourist trips every year.

Greater participation in sport and recreation on and alongside the water.

The river the cleanest since the Industrial Revolution, with improved habitats and awareness of heritage.

A riverside which is a magnet for ramblers, historians, artists and others, whether living nearby, on the river or travelling from further afield.