Our website uses cookies so that we can provide a better service. Continue to use the site as normal if you're happy with this, or find out how to manage cookies.
X
You are here
> Media
> News Releases
> The Thames awaits new VIPs - visually impaired paddlers

Tower Hamlets Canoe Club is helping visually impaired paddlers (VIPs) take to the capital’s waterways, with the help of Active Thames, founded by the Port of London Authority (PLA). 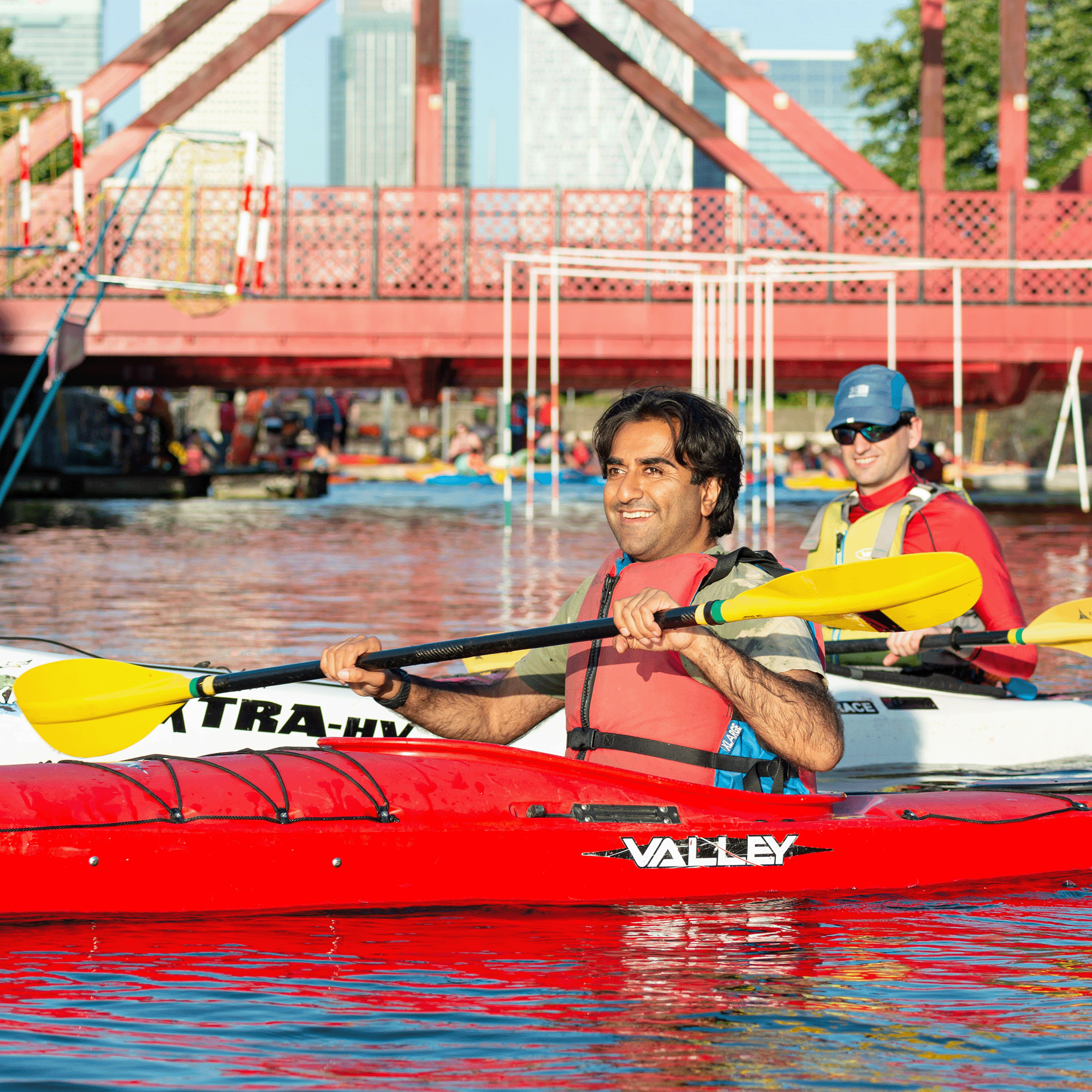 The Active Thames grant, also supported by British Canoeing and London Sport, has so far funded 14 free induction sessions introducing VIPs to kayaking and canoeing at the club, based in Shadwell Basin.

Alex Etherington-Smith, who runs the programme at the club, is hoping it will become a permanent fixture and inspire others to follow suit.

He commented: “In 2019, I watched an amazing video of blind kayakers going through massive rapids in the Grand Canyon. It inspired me to think about whether my club could include blind and visually impaired paddlers too.

“I have blind friends and know how capable they are in new situations and environments, often needing less assistance than you’d think.

"The Active Thames grant has helped start a programme aimed specifically at a particular community, who are not normally offered the opportunity to do regular kayaking and canoeing."

Fellow volunteer, Ingo Wickenhauser, said: “I have been amazed to see VIPs’ resourcefulness and determination in overcoming their individual disabilities to participate in the club’s activities.

The VIPs themselves are loving the opportunity to get active on the water. One said: "I absolutely love it. We’re learning things properly, really getting to grips with how to move the boat. Being on the water really makes me happy.”

Another described it as “a life-changing experience”, with a third praising the positive atmosphere at the club.

“It’s great to see so many VIPs signing up as members, so they can enjoy paddling all year round – it’s exactly the sort of project Active Thames was set up to support. “

Every Tuesday, volunteers guide the VIPs between the club and local stations.

Each VIP is paired with a trained coach, starting on land with how to get and in and out of a boat, providing visual cues on the surroundings.

Lights, such as head torches, boost partially sighted participants’ ability to navigate on the water.

Entirely blind paddlers are guided by their coach’s voice. A likely next step is a speaker playing music on the boat ahead, to guide them.

Metro Blind Sport and the RNIB have helped promote the initiative to the local blind community, stressing that their friends and guide dogs would be welcome at the club too.

Half of the club’s initial VIPs are preparing for their first Thames excursion, buying the required equipment and taking part in safety drills. One has already joined sighted club members on a canal day trip.

Find out more about Active Thames