Our website uses cookies so that we can provide a better service. Continue to use the site as normal if you're happy with this, or find out how to manage cookies.
X
You are here
>London Gateway Port 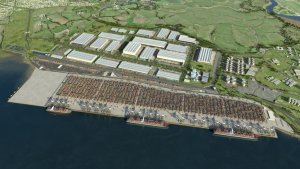 Formerly home to a Shell oil refinery, the development is located close to the UK’s largest consumer markets in London and the South East.

DPWorld’s development of the landside facilities will be in line with market demand.  Ultimately the development will feature a 2,700 metre-long container quay with a fully developed capacity of 3.5 million TEU (standard container units) a year.  It will then be the largest multi-modal logistics and business park in the South East of England. 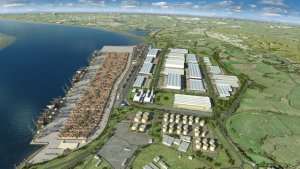 In preparations for the dredging of the approach channel for the port, PLA divers worked to identify and investigate for archaeological importance more than 400 obstructions so that a strategy could be agreed with English Heritage for their removal or preservation.

On sites that are considered of major archaeological significance, the PLA has been working closely with Wessex Archaeology, with whom it cooperated during the 2004 raising of the remains of the bow section of a 16th century sailing ship discovered in the Princes Channel.  Historically significant items were raised in dives completed during 2007, well in advance of the start of dredging.