Our website uses cookies so that we can provide a better service. Continue to use the site as normal if you're happy with this, or find out how to manage cookies.
X
You are here
>Organisation Structure - Chairman of the Board

Organisation Structure - Chairman of the Board 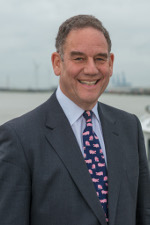 Christopher is a graduate of Cambridge University and the Harvard Business School.  He rowed for Cambridge in the 1970 and 1971 Boat Races, is a past-Chairman of Leander Club and is a Steward of Henley Royal Regatta.

Christopher was made a Commander of the British Empire in the 2007 New Year Honours list for services to British business interests and charitable works in the UK and USA.