Our website uses cookies so that we can provide a better service. Continue to use the site as normal if you're happy with this, or find out how to manage cookies.
X
You are here
> Media
> News Releases
> Cleaning The River Together: PLA and Thames21 Celebrate a Decade of Partnership

Cleaning The River Together: PLA and Thames21 Celebrate a Decade of Partnership 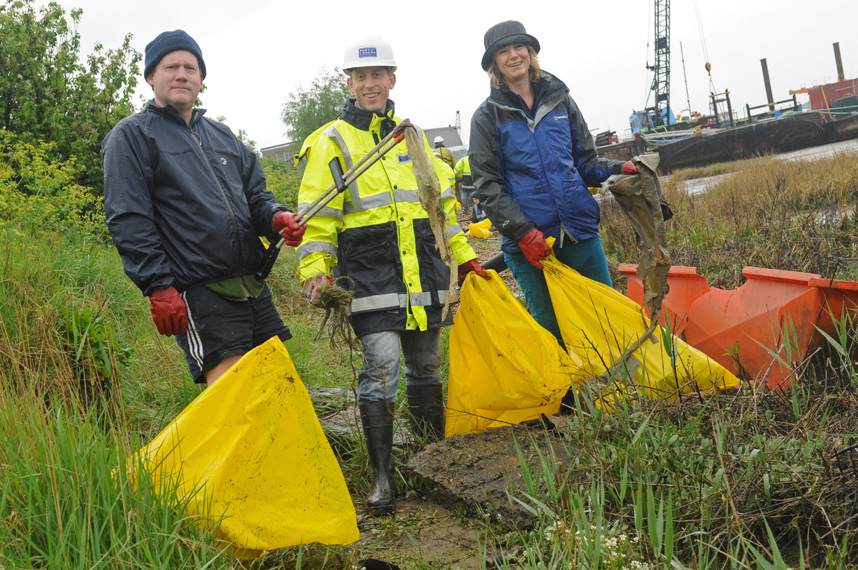 “Thames21 unites neighbourhoods, groups and the London community to protect - and frequently transform - our city rivers. The River Thames itself is one of the most globally recognised features of our urban landscape and its health and cleanliness has become a benchmark of environmental progress. When Thames21 became an independent charity a decade ago, it was with the support and active, practical involvement of the PLA. This key partnership on the Thames has been integral to Thames21’s decade of achievement.”

The PLA oversees navigational safety and environmental stewardship on the 95 miles of tidal river Thames, from the North Sea through central London to Teddington Lock. That stretch of river is home to: the UK’s second biggest port; busiest inland water for freight and passengers; an active sporting community; and events such as New Year’s Eve fireworks.

The PLA’s work with Thames21 includes the provision of steel ‘cages’ for community foreshore clear-ups run between Teddington and Gravesend. Volunteers, under Thames21 supervision, collect rubbish from the foreshore and load it into the cages. The PLA subsequently collects the cages and disposes of the rubbish. 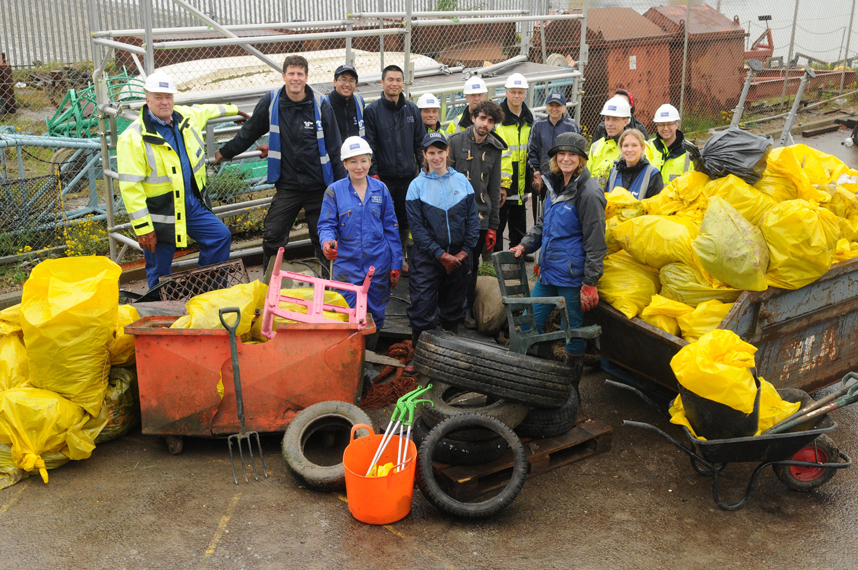 “The Thames is a vital artery for people, trade and nature,” said PLA chief executive, Robin Mortimer, who joined the Gravesend clear-up. “Every day we pull driftwood and other floating debris from the Thames to keep boats and ships safe when using the river. Our 10 year partnership with Thames21 supports this – helping communities keep their riverside clean for themselves and for nature. It's great to be able to support this personally on the foreshore today.”

Adam Holloway commented: “It is unbelievable the amount of skank people drop in the river. I congratulate the PLA and Thames21 on ten years of partnership caring for the river and look forward to the next decade.”

Thames21 delivers 700 events every year, recovering an estimated 800 cubic metres of litter and rubbish from the foreshore. Among the unusual items recovered on their events are handguns, motorbikes and fridges.

• PLA oversees navigational safety on 95 miles of the tidal Thames, from Teddington Lock to the North Sea.

• The river is home to the second biggest port in the UK, the busiest inland waterway for freight, passengers and a centre for sporting events.

• Thames21 is an environmental charity (registered number 1103997) which works with thousands of volunteers each year to improve London’s rivers, canals and ponds.