Our website uses cookies so that we can provide a better service. Continue to use the site as normal if you're happy with this, or find out how to manage cookies.
X
You are here
> Media
> News Releases
> ESTUARY 2016 programme announcement 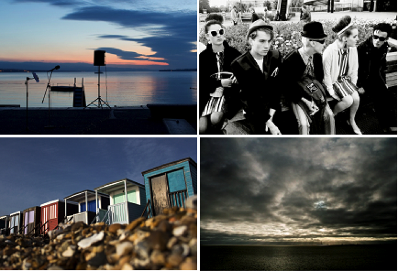 oday, Tuesday 17 May 2016, Metal announces the 2016 programme for Estuary, a new, biennial arts festival curated in response to the spectacular Thames Estuary.

Historic venues along the Essex and Kent shorelines will host a mix of new and existing work pulling together powerful themes resonant to the place, its historic landscape and communities in an ambitious 16 day programme of contemporary visual art, literature, film and music curated by Metal’s Artistic Director, Colette Bailey with Gareth Evans, Sue Jones and Rachel Lichtenstein. 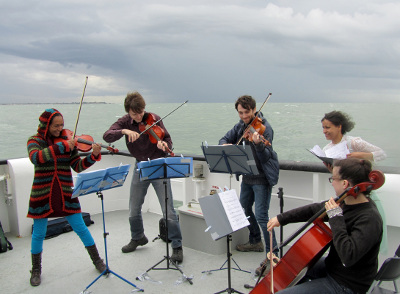 Estuary 2016 is a vibrant celebration of the Thames Estuary and its bordering Essex and Kent communities. The inaugural programme responds to the region’s stunning geography, stories of those who have lived and travelled the water and land, the music borne out of South Essex and the people who at Tilbury Cruise Terminal have migrated and emigrated to start new lives. The cultural significance of the Thames Estuary as the gateway between the world and the UK will be highlighted through art commissions, festivals and events; large-scale participation and education projects; conversation and debate.

The Thames Estuary is an ‘edgeland’, one of the great ignored landscapes of our time. It is a place of transition – one of arrivals and departures “at the co-ordinate of optimum transit and distribution, the place where all things gather and disperse” – a gateway that connects the UK to the rest of the world. It has been the front line for the defence of the realm as well as the first port of welcome for migrants and visitors from around the world. Industrial heartland and logistics sit alongside wild habitats, ancient monuments and concrete commuter towns. Echoes from the birthplace of early punk, noisy seaside fun, Brent Geese, fog horns and cargo ships create an unmistakable soundscape. It has long provided a source of fascination, inspiration and mystery for both artists and audiences.
Estuary 2016 features:

Much of the work has been developed in residence at Chalkwell Hall, the recently renovated four storey, Grade II listed, Georgian building that forms Metal’s base in Southend-on-Sea. Residencies form a core part of Metal’s work providing opportunities for artists working in all disciplines access to Metal’s spaces, the support of its staff and its local, national and international networks.