Our website uses cookies so that we can provide a better service. Continue to use the site as normal if you're happy with this, or find out how to manage cookies.
X
You are here
> Environment
> The Thames Litter Strategy

Litter in the Thames

One of the ambitions at the heart of the Thames Vision, the shared stakeholders’ view of how the river will develop between now and 2035, is to see the cleanest Thames since the Industrial Revolution.  Reducing litter in the river has been identified as an essential part of achieving this goal Prior to the development of the Thames Vision, there was already encouraging work being undertaken by organisations throughout the Thames to combat litter. These include regular community clean-ups and public awareness campaigns, such as the PLA’s Cleaner Thames campaign in 2015.

Created by the PLA in 2014 with support from the Thames Estuary Partnership, the Thames  Litter Forum is a group of non-governmental organisations, university researchers, river operators, businesses, industry bodies and other relevant authorities that meet quarterly to tackle the problem of litter in the Thames. The focus of the forum is on protecting flora and fauna, developing a Thames specific network and setting up an evidence group facilitating foreshore and water column research.

The Forum aims to maximise work already undertaken by organisations and networks by providing opportunities to:

The Strategy sets out the context for future action on litter in the Thames environment and outlines the types of actions that the Thames Litter Forum will work towards over the following five years.

The Strategy builds on the work of campaigns including the Cleaner Thames, #OneLess and #ForFishesSakeLondon.

You can read the Thames Litter Strategy here: 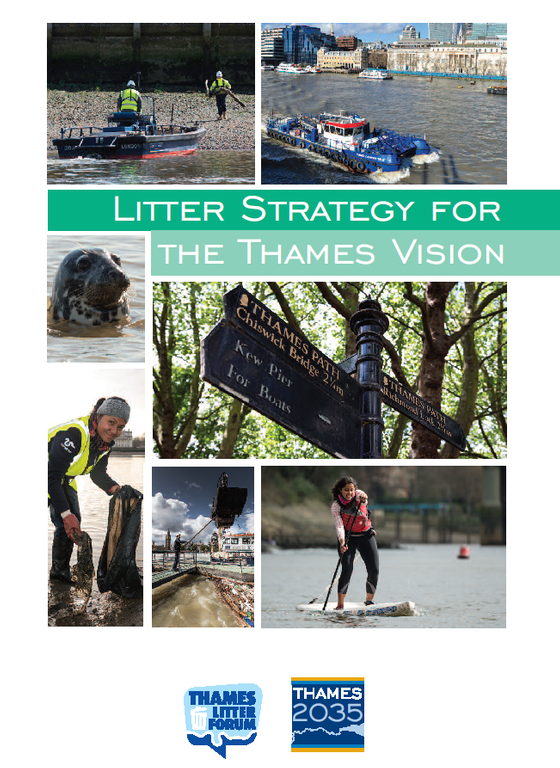