Our website uses cookies so that we can provide a better service. Continue to use the site as normal if you're happy with this, or find out how to manage cookies.
X
You are here
> Events
> Doggett’s Coat and Badge Race 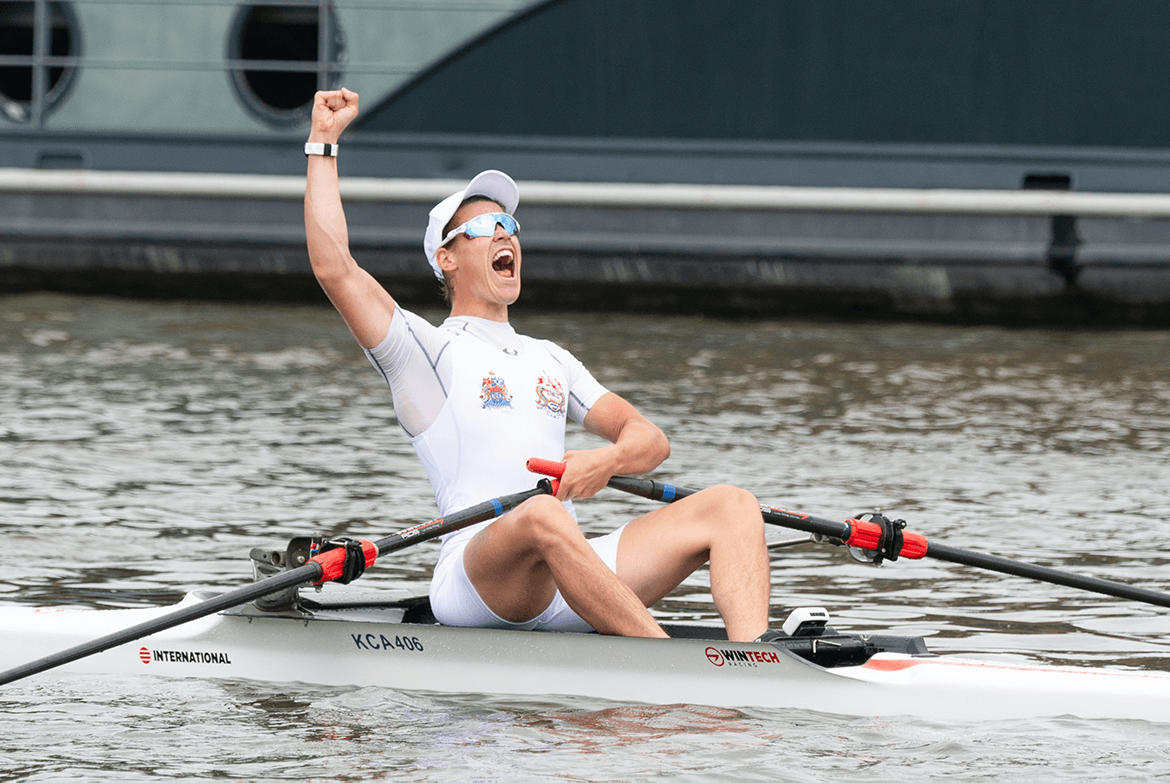 James Berry has won the pandemic delayed 2020 Doggett's Coat and Badge Wager. The historic sculling race on the Thames for recently qualified watermen, was first contested in 1715.

The event organiser, the Company of Watermen and Lightermen, staged the race on 25 June. The 2021 race will take place on 8 September.

The four scullers trained hard for the 2020 race. The competitors were

The seven furlong (7,400 metre) race was founded by Thomas Doggett, an Irish actor, in tribute to the skill and bravery of newly-licensed watermen, the London cabbies of their time, who rowed him home along the course route late one night in bad weather, when he would have otherwise been left stranded in the City.

The race was held on 1 August 1715 to commemorate the first anniversary of the accession of King George I to the British throne.

When he died in 1721, Doggett left instructions in his will that the race should continue each 1st August “for ever.”

Nine races were held in 1947, for those who missed their chance to row during the war years. This means that the list of winners has remained unbroken since 1715.

Other previous winners of the race include in 1990 Sean Collins, the chief executive and co-founder of Thames Clippers, and the Port of London Authority’s Michael Russell in 1997.

The race has been rowed with the tide since 1873.

The race record of 22 minutes and 23 seconds was set in 1973 by Bobby Prentice, who is now race umpire.

Below: Competitors George Gilbert (in red), James Berry (in white), Max Carter-Miller (in black) and Coran Cherry (in blue) celebrate at Cadogan Pier 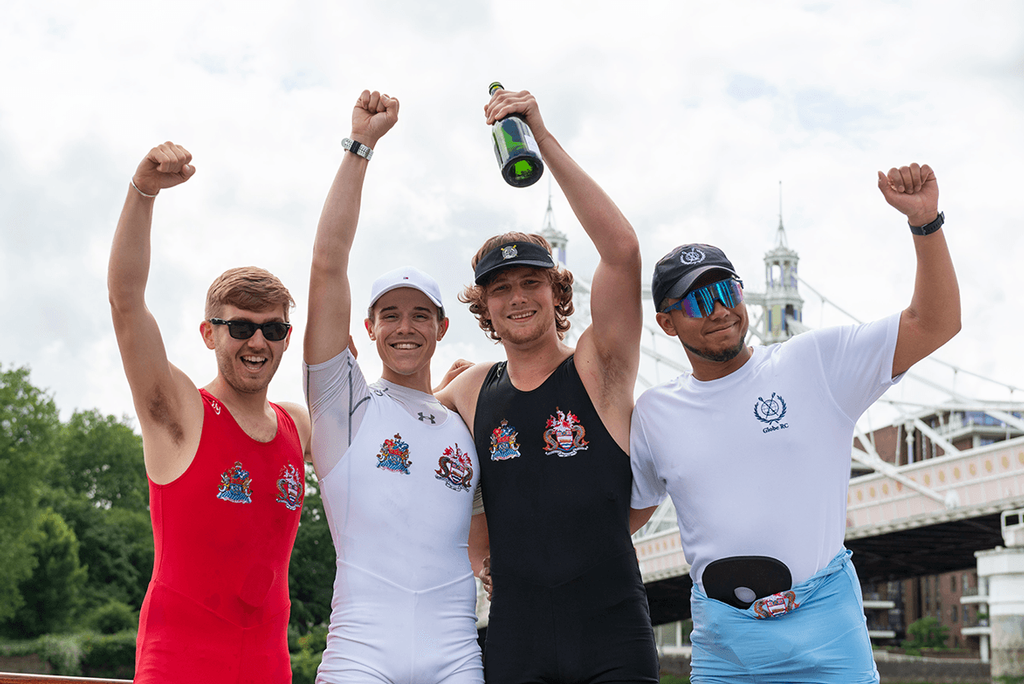