Our website uses cookies so that we can provide a better service. Continue to use the site as normal if you're happy with this, or find out how to manage cookies.
X
You are here
> Events
> Tall Ships Regatta 2017 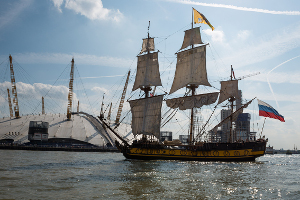 The Regatta is the ceremonial start for a race being held to mark the 150th  anniversary of the Canadian Confederation.  More than 30 Tall Ships will gather at Greenwich prior to sailing for Quebec, Canada, via Portugal, Bermuda and Boston. 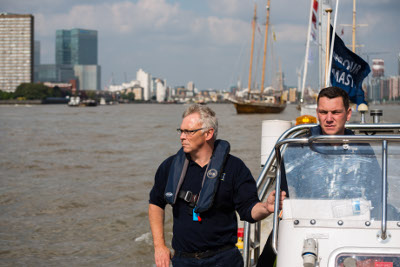 The ships will be anchored at two festival sites in the Royal Borough - at the Maritime Greenwich UNESCO World Heritage Site in Greenwich town centre, and the Royal Arsenal Riverside in Woolwich.

The 30 Tall Ships will be moored on the river at Greenwich and Woolwich. Alongside UK based ships, will be vessels from countries including Portugal, Spain, Holland and Germany. The three largest participating ships – Santa Maria Manuela and Christian Radich - can be accessed by purchasing a shuttle ticket from Greenwich Pier, while other Tall Ships can be boarded directly from Woolwich Pier.

The location of ships moored on the river at Greenwich and Woolwich can be seen in these illustrations, which can be downloaded by clicking the images. 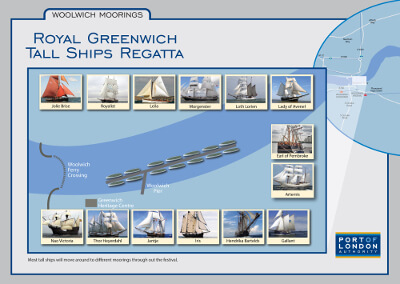 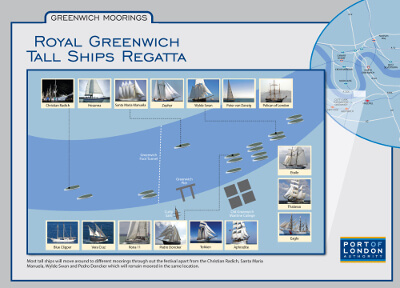 How to get on board 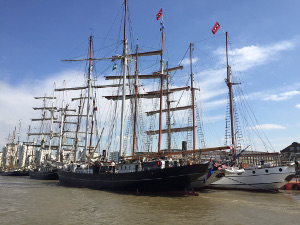 Ships visits are open daily in both festival sites from 9.30am – 4.30pm.  All ships visits are free of charge in Woolwich.  In Greenwich ships visits cost £10 adults, £8 children or £30 for a family of 4 (this is because the pier is more busy in Greenwich and you need to take a shuttle boat out to pontoons along to the river to the deep water).

Tickets can be purchased from the information desk in the Old Royal Navy College visitor centre.  Further information about the visits and the ships that will be here at the festival see: http://www.royalgreenwich.gov.uk/tallshipslist

Public tall ship river cruises operated by Sail Royal Greenwich operate from Wednesday 13th – Sunday 16th April.  All cruises depart from Woolwich and some go to Greenwich and back while the longer cruises go all the way to Tower Bridge and back.  The evening cruises also incorporate a fireworks show in Maritime Greenwich before heading back to Woolwich.  Full details and bookings can be made here: http://www.sailroyalgreenwich.co.uk/ 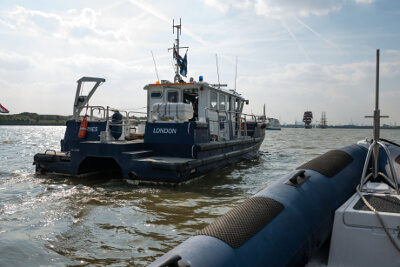 The highlights of the Regatta weekend will be: 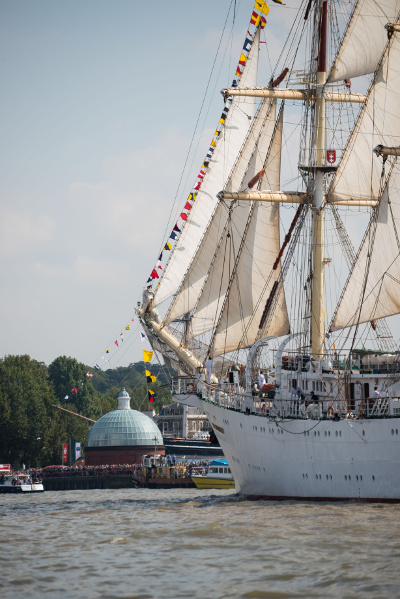 The Parade of Sail is the spectacular finale of the Regatta.  The Parade will start at 5.00 pm, with the vessels following line astern downriver, past Maritime Greenwich and the Cutty Sark, the O2 Arena, passing through the Thames Barrier and Woolwich Arsenal.

We have worked with the Royal Borough and Tall Ship operators planning for the Parade.  On the day we will be managing river traffic, with harbour launches at the head and tail of the fleet of ships.  Our navigational control centre at the Thames Barrier will support the afloat crews with overall co-ordination of river traffic.

The Tall Ships will be leaving their moorings and getting in position for the Parade of Sail from 3.00 pm, so if you are on the Greenwich/Woolwich waterfront that afternoon, there will be plenty to see.

Give them a wave! 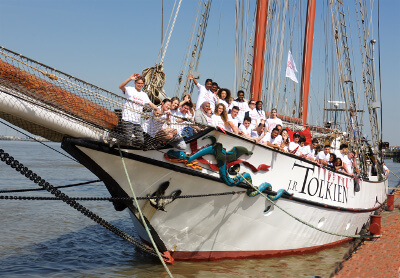 The Royal Borough of Greenwich is placing 92 trainees on six of the ten Tall Ships that are taking part in the first race to Portugal. Of these 92 trainees, 62 are sponsored and 30 have self-funded their own places. The ships they will be traveling to Sines, Portugal on are:

At the PLA we are sponsoring one of the trainees: Sixth form student Drusilla Barnes, 16, from Erith, won the chance to take part on the first leg of the race after being among the winners in an essay-writing competition. 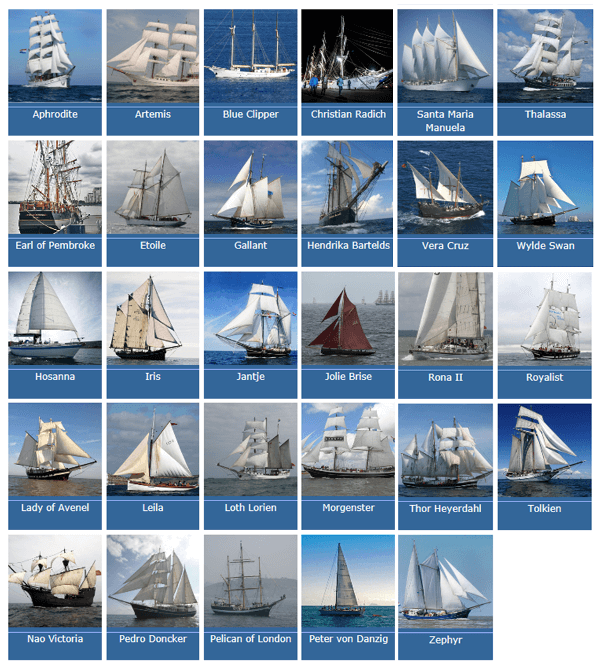 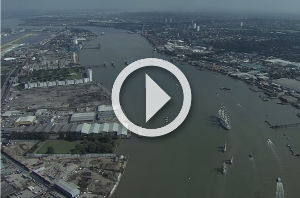 Alternatively view our gallery Parade of Sail - Tall Ships Regatta 2014 to see some wonderful images of the 2014 event.