Our website uses cookies so that we can provide a better service. Continue to use the site as normal if you're happy with this, or find out how to manage cookies.
X
You are here
> Media
> News Releases
> Positive early take up of ‘green’ discount on port charges

Positive early take up of ‘green’ discount on port charges 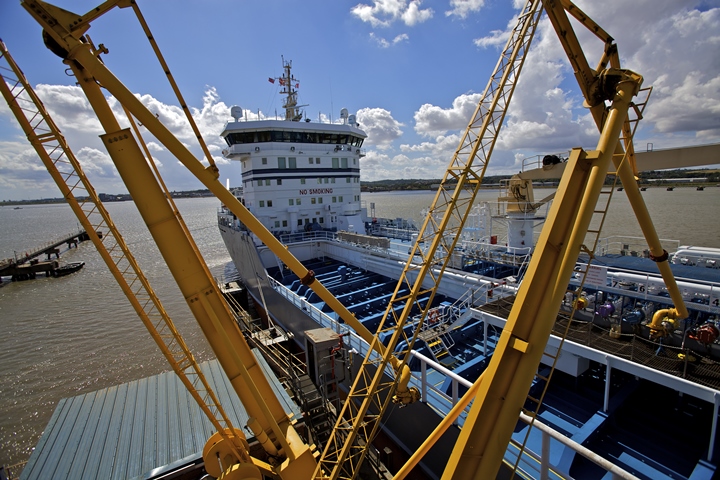 In the first three months of the year, 66 ships calling at terminals on the Thames qualified for the UK’s first port charge discount for cleaner ships.

Introduced by the Port of London Authority (PLA) on 1 January, the discount is available to ships that exceed international emissions standards set by the International Maritime Organisation (IMO) in a scoring scheme run by the World Ports Climate Initiative. Among the ships qualifying for the discount were car carriers, container ships and tankers.

The PLA adopted a target emissions standard comparable to other European ports offering emissions related discounts. It is suitably high that significant improvements need to be made in order to achieve it – so the discount will provide regular callers to ports with a green tariff an incentive to invest in cleaner technologies.

“We introduced this incentive as part of a broad programme of work to address concerns about air quality, particularly in urban areas. Alongside the discount for cargo ships, we are working with the Greater London Authority (GLA) and Transport for London (TfL) to develop a Thames air quality strategy.

“It’s great to see that we’ve already got some of the largest vessels calling in the port qualifying for the discount. It’s one way in which we can incentivise ship owners to invest in the latest environmental technologies. Alongside the discount we are also looking at air quality on the river in central London and how we continuously improve the environmental performance of our own operations”.

As air quality is a strategic priority, the PLA has commissioned a series of studies that will report over the next six months assessing: the scope for shore side power (also known as ‘cold ironing’); the air emissions for comparable road and river journeys; and an emissions inventory with TfL. The research will be used to help shape the Thames’ first air quality strategy that the PLA, GLA and TfL will to publish before the end of the year.

The PLA’s own operations are under regular review to help reduce the organisation’s environmental impact across the 95 mile tidal river. Speaking about the PLA’s fleet of boats, Dave Fallows, PLA mechanical & electrical engineer, said:

“Our team is looking at trialling an electric power unit in one of our upriver harbour patrol boats. Installation will be technically challenging, because the batteries take up so much space. Electric power is increasingly well established, so I’m expecting the trial to show the unit to be reliable and cost effective, setting a benchmark for the rest of the fleet.”

The PLA has shore side power at several of its piers on the Thames, used to charge batteries that power its boats’ navigation and other safety equipment, without running the engines, and to warm the engine without idling.

“Shore side power can make a significant contribution to reducing riverside emissions,” Dave Fallows added. “We will be adding a large land side power supply at our Barrier Garden Pier at Woolwich, so that our biggest boat, London Titan, can charge while working on the river in central London.”

Waterborne shipping, both at sea and on inland waterways, is one of the most environmentally friendly methods of moving large volumes of goods and materials. The Thames Vision, the 20-year development framework targets growing river use, alongside the Thames being the cleanest since the Industrial Revolution

The Port of London is the country’s second biggest port, with 70 terminals, handling supplies of life’s essential: food, drinks, consumer goods, fuels, grain, cars, steel, building materials and more. More than 10,000 large commercial ships call on the Thames every year, carrying in excess of 50 million tonnes of cargo destined for consumers and manufacturers in the south east and across the UK.

One of the UK’s busiest waterspaces, the Thames is also home to:

The Thames Vision environmental goal is: the river the cleanest since the Industrial Revolution, with improved habitats and awareness of heritage.


The priority actions to achieve this include: