Our website uses cookies so that we can provide a better service. Continue to use the site as normal if you're happy with this, or find out how to manage cookies.
X
You are here
>NORBIT Multibeam

A newly-purchased multibeam sonar system is on course to boost the environmental efficiency of surveys undertaken by our hydrographic team. 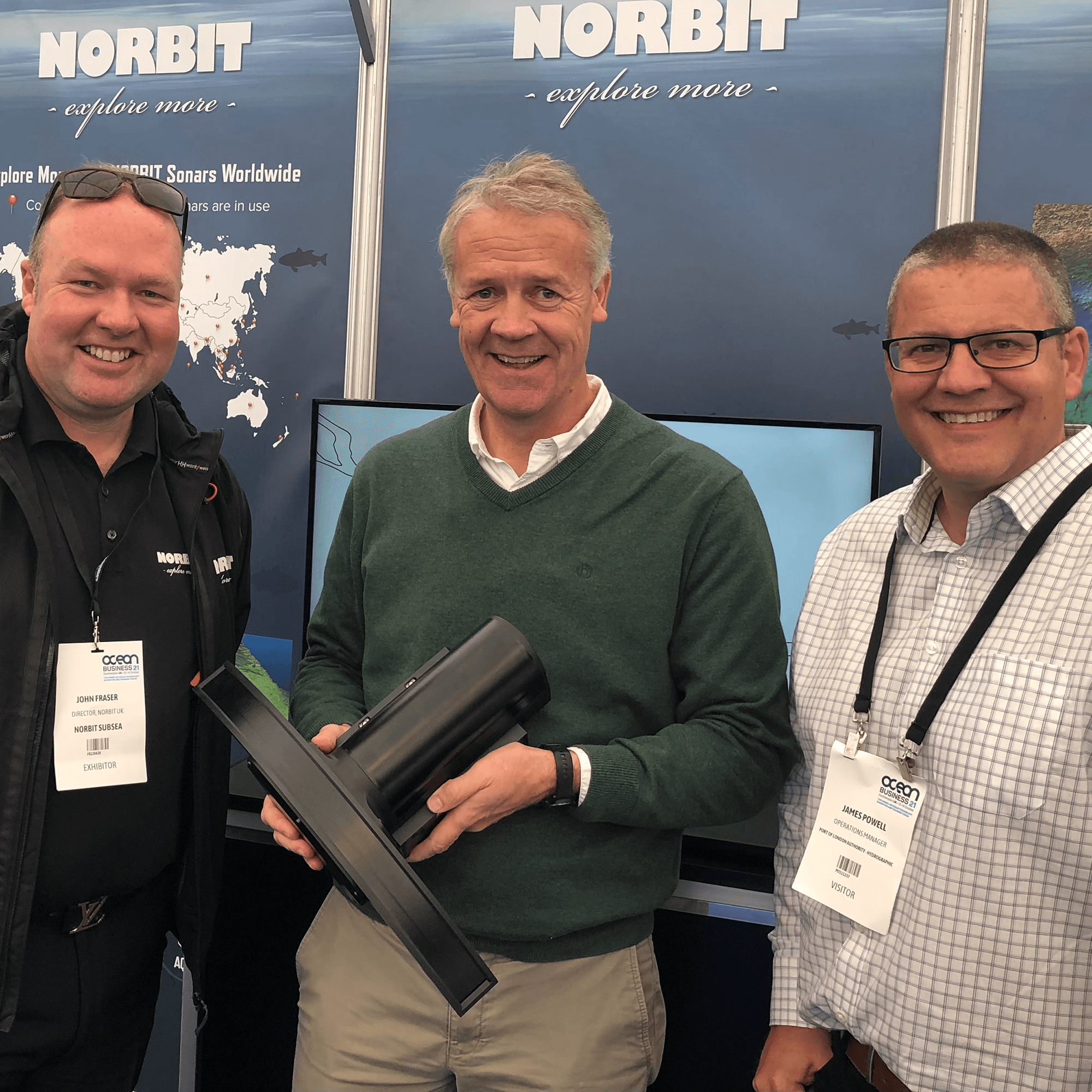 Transportable in a small case, the Norbit Winghead system can be easily deployed on small locally-based survey and dredging vessels, reducing transit times and fuel consumption.

It will be primarily utilised on our vessel Galloper, for safety of navigation survey work on the tidal Thames, as well as commercial contracts across the UK. In pre-purchase trials, the system was also deployed on autonomous survey vessels (ASVs). This will improve the “hydro” team’s ability to undertake surveys for clients in traditionally less accessible areas.

Students on UCL’s Geospatial Sciences (Hydrographic Surveying) MSc course, supported by the PLA and Norbit, will also benefit from the technology.

Pictured with the sonar head at Ocean Business in Southampton (12 October) are (L-R): John Fraser from Norbit, with John Dillon-Leetch and PLA colleague Jim Powell.