Our website uses cookies so that we can provide a better service. Continue to use the site as normal if you're happy with this, or find out how to manage cookies.
X
You are here
>Bringing Prosperity to our Shores

Bringing Prosperity to our Shores 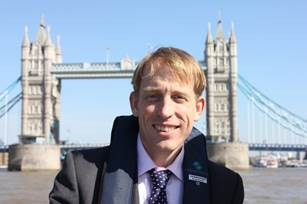 It is Seafarers Awareness Week and this year there are two themes: ‘Maritime Jobs at Sea and Ashore’ and ‘Sea Ports for Prosperity’.

It only takes a single glance at this week’s Port of London Authority (PLA) ship schedule and it is immediately obvious how valuable the maritime industry is and how vital seafarers are to our wellbeing as a country.

Royal Fleet Auxiliary ship, Argus has been docked close to the Old Royal Naval College at Greenwich; her crew played an important role in the UK’s support for the fight against Ebola in Sierra Leone and they host specialist aviation training for the Navy’s Fleet Air Arm.

Further downstream, at Tate and Lyle, they are refining raw cane sugar delivered by boat from suppliers across the Caribbean, Africa and Asia, ready for packing and distribution to shops and food manufactures.

At Ford’s Dagenham plant where 750,000 engines are made each year, mariners will be making daily deliveries of components and engines to and from the Netherlands.

In Purfleet, Dartford, Tilbury, and Stamford-le-Hope ships are delivering new cars ready for the showrooms, home goods, medical products, food, and construction supplies from all over the world.

Cruise ships are arriving in Central London, Greenwich, and Tilbury giving tourists opportunity to visit our capital as they travel around northern Europe, Russia, Iceland, the Northern Isles and other destinations.

Petroleum tankers in Thurrock, Essex, are delivering road fuels for cars and jet fuel for all the major southeast airports

In combination these operations and others along the Thames support over 45,000 jobs and generate more than £4 billion in economic valued added.  None of it would be possible without the ships bringing essential supplies and carrying our exports.

The crews both at sea and ashore are providing service that helps to keep our nation feed, industry supplied, and maintaining peace and security.

Our seafarers are a vital and largely unheralded group, which we are proud to support through our work with Seafarers UK, The Mission to Seafarers, London Tilbury Seafarers Centre and others.  I hope that you will join me this week in showing appreciation to seafarers everywhere.