Our website uses cookies so that we can provide a better service. Continue to use the site as normal if you're happy with this, or find out how to manage cookies.
X
You are here
>Saving lives on the Thames

Saving lives on the Thames

Ahead of Volunteers’ Week (1-7 June 2022), investment analyst Altaf Kassim from Tunbridge Wells explains how a sailing ”near-miss” inspired him to donate his time saving lives on the Thames, based at the RNLI’s Tower Station, the busiest in the country. He’s also fundraising for a replacement station. 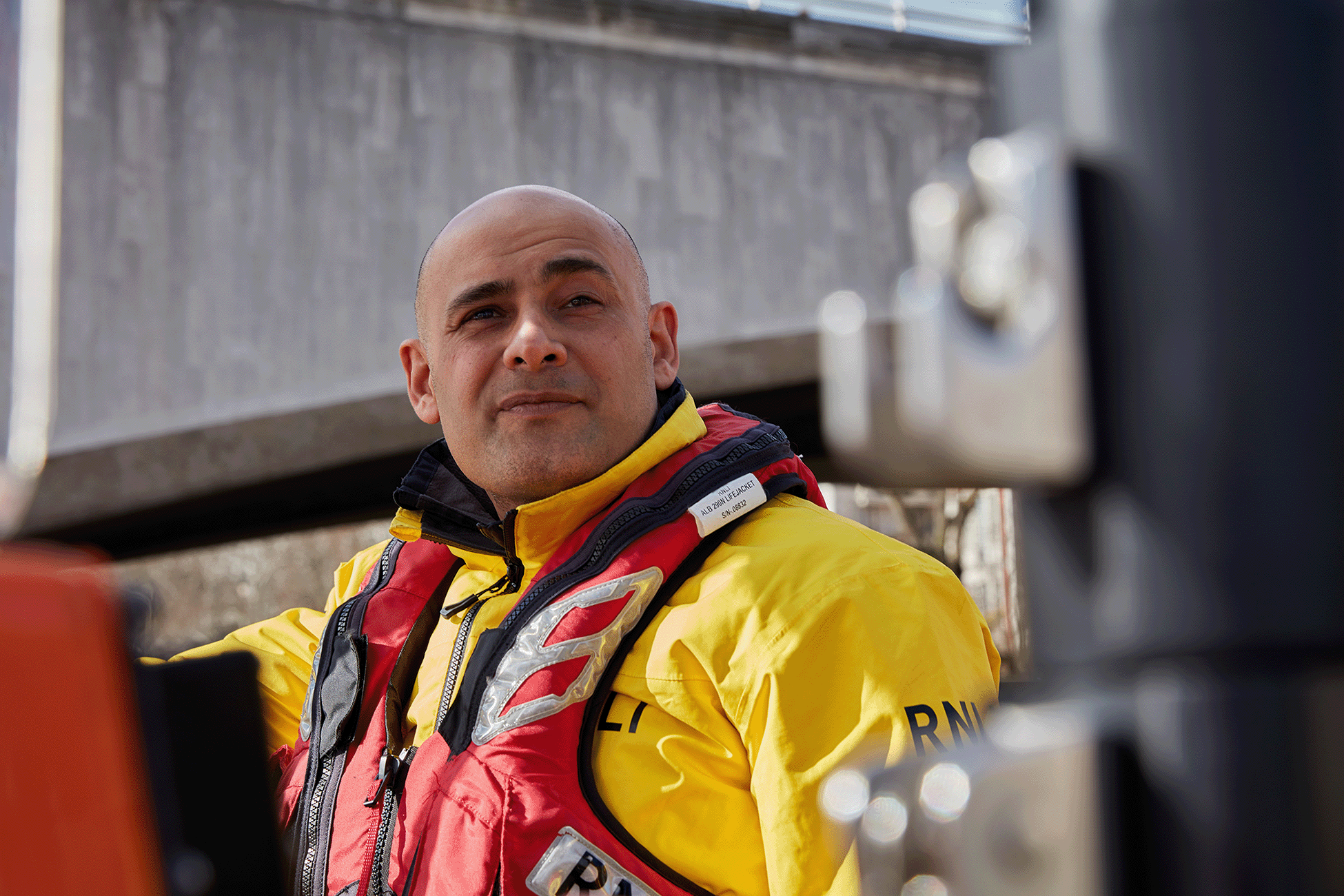 “Even before I joined the RNLI, I’ve always loved the river.

“It is the beating heart of the best city in the world.”

Giving back   “It’s now seven years since I started volunteering with the RNLI.

“About six months before I applied, I was sailing with friends from London to Portsmouth.

“A few hours in, a vicious storm took us by surprise.

“At first, there was lots of laughs and whooping, while we surfed down these giant waves.

“But when our tiller snapped and the steering failed, we knew we were in trouble.

“Despite all our best efforts, with no control over the boat, we were blown towards a sand bank by Chichester.

“It’s quite the moment, when you have to swallow your pride and make the dreaded VHF Mayday call.

“At that time, I really had no clue who would come to our rescue.

“Little did I expect that, eight minutes later, a group of volunteers on a big orange boat would instantly save the day - and our lives.

“It made a big impression on me.

“What an amazing group of volunteers, to drop everything and come out to rescue three strangers on a horrible and rough day.

“And I mean a lot of volunteers.

“HM Coastguard tasked two other stations that day, including the all-weather lifeboat, based at Bembridge on the Isle of Wight.

“It all highlighted to me what an amazing group of volunteers can achieve; I resolved to be part of it.

“I felt like I owed the RNLI a lot of volunteering hours.”

“There isn’t a formal requirement for qualifications when you join the crew, the main thing is a willingness to learn and work as a team.

“The volunteer crew members have a variety of professional backgrounds – from paramedics to photographers - which makes it really interesting.

“The formal, station-based, curriculum starts with the basics, all the way up to running searches.

“There are also longer courses, such as casualty care and medical training, to bring us up to ambulance technician level.

“Personally, I love the training that other volunteers put on for us on a monthly basis.

“A highlight that stands out in my mind was a presentation by the mental health campaigner, Jonny Benjamin, who talked about his own attempt to take his life in the river."

“Our patch runs from Barking Creek to Wandsworth, but the majority of incidents we are called to occur between Tower Bridge and Vauxhall Bridge.

“Given the dangers of the Thames and the time critical nature of getting to casualties, we aim to get on the water within 90 seconds of being alerted.

“That means that the duty crew have to be ready to go at all times.

“We work 12-hour shifts, in crews of three to four.

“I love my day job too – it is very different.

“The biggest risk I face is spilling coffee on my laptop.

“Normally, I am at the office during the day and do my weekly RNLI shift overnight – then it’s back to work the next morning.  It’s usually only once a week.

“My work colleagues are great, keeping me topped up with coffee, when they see I am struggling after a night on the river."

“Being a RNLI volunteer is a real privilege.

“The people I get to work with make it really special.

“Aside from the time commitment required, there honestly isn’t too much I can point to on the negative side.

“Sometimes it’s quite difficult to leave the family on a Sunday evening, when you were having a nice day with the kids.

“But I wouldn’t commit so much time to it if I didn’t enjoy it, so I can’t really complain.”

“Prior to joining the RNLI, I really didn’t appreciate how dangerous the Thames actually is.

“It’s been a real eye opener.

“My biggest piece of advice is, never underestimate the river.

“Even experienced river users ending up in the water should follow the RNLI’s Float to Live guidance.

“The river is cold all year round and can be a big shock to your body and your breathing, so the first thing you need to do is to relax - just try to float, while help comes.

“Don’t try to swim right away. The tide in the Thames can be very strong and difficult to fight – it flows at the speed of an Olympic swimmer.

“Alarmingly, we still do encounter inexperienced river users without a lifejacket.

“Once there was a vessel with three kids on boat and not a lifejacket between them. I was shocked.

“When people jump off bridges ‘for a laugh’, it never ends well.”

“As a team, we are all fully engaged in fundraising for the new station, planned to be built alongside our existing, one which has seen better days – the actual base of the pier is 160 years old.

“For example, I crazily ran the London Marathon in full RNLI kit in 2019. It was a very special day. We were all blown away by the support we received from well-wishers lining the route.

“Later in the year, there is a chance for RNLI supporters to help too in a fundraising challenge up the stairs of the iconic 22 Bishopsgate building in the City. Quite a few of the crew at Tower are doing it and would be great for other river users to join us"