Our website uses cookies so that we can provide a better service. Continue to use the site as normal if you're happy with this, or find out how to manage cookies.
X
You are here
>Thames in the blood

Thames in the blood 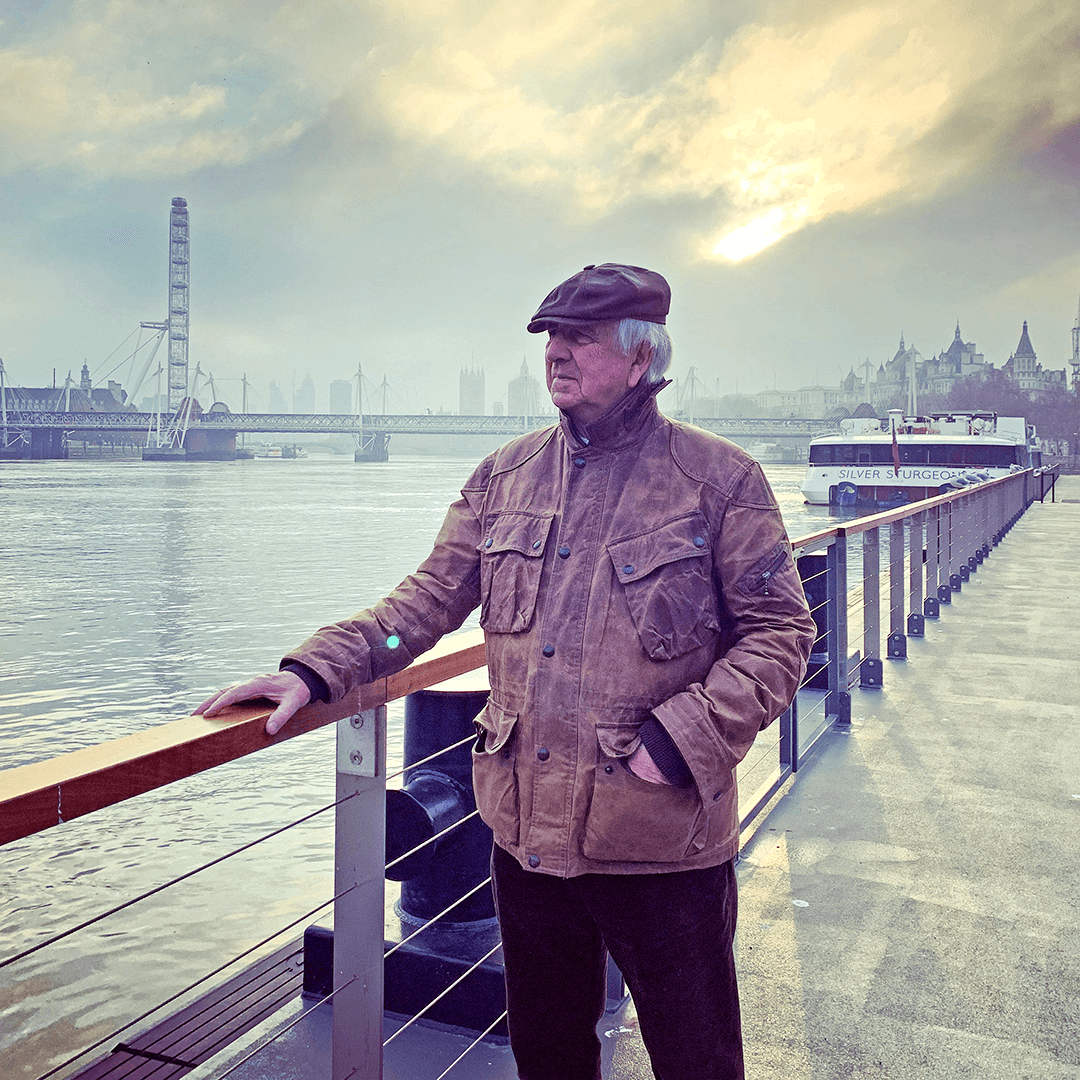 His Thames legacy continues, with the opening of Woods Quay this spring.

Spring 1947, walking round to Storks Road in Bermondsey, where my father, Alf, was finishing fitting out his clinker-built ‘dream boat’, to be used in and around the Pool of London, with a PLA licence to carry 12 passengers.

Dad had spotted the developing demand for sightseeing cruises on the river.  It was the start of Woods River Cruises. On weekends, he plied for hire with some of his fellow watermen at Irongate Stairs, right outside of the eastern gate to the Tower of London.

It was a big thrill was to be on one of the first trips out. I will never forget it.

What was your first job?

I won a place to go to Bermondsey Central School in Pages Walk, my father was intent that I would not follow in his footsteps as a licensed waterman and lighterman. He believed that the Thames was finished as a trading port. Unfortunately, when I was fourteen, Dad developed bowel cancer. My mother intervened, and I left school when legally permitted, at 15 and was apprenticed at Waterman’s Hall in November 1952.

My father got me a job at the General Lighterage Company.  The company’s operations stretched from Brentford Dock all the way down to Tilbury. We also worked London’ s canals. The work was incredibly varied, and I learned a lot. Along with timber and plywood, we also carried Heinz beans in those days.

What other memories stand out from your time on the river?

One Easter, I was ordered to go to Plantation House in the City of London, to meet the labour master, Bill Henry. He then sent me to join John Lovering, working two barges containing bags of potato starch at Winchester Wharf, in Southwark.

John taught me how to uncover and then cover up a hatch barge. He was a great guy to get started with. The wharf itself was a pure relic of the Victorian era.

The sacks of potato flour were taken out of the barge by a pulley, worked by two dockers in the hold, lowering a chain down from what was called a ‘loophole’. When they received the lowered chain, they would have two bags standing upright on the floor (called the ceiling) of the barge and loop the chain around the ears of the sacks. When the signal came, the sacks would fly up like lightning.

When I came out of the army, I joined the family business at Tower Pier, and in the winter months I was mentored by boatbuilder and waterman Bill Sims, of Kris Cruisers on Eel Pie Island at the upper end of Isleworth Ait.

Has your connection with the river led you to meet any famous people?

Over the years, we have hosted events and for a diverse range of famous people, including Roger Federer. Sir Terence Conran and Justin Timberlake.

During the 1960s, our boat was the place for stars such as Michael Caine, and Peter Sellers to escape the eyes of the press. In 1966, Brigitte Bardot was on board with us, escaping the paparazzi, I appointed myself barman for the day.

In the early 1970s, when I told our first head chef we had our first job for the Prince of Wales, he thought I meant the local pub!

Having any of the Royal Family aboard is always a proud moment. Selection for state occasions means we are a showcase for quality British design internationally.

What is your favourite time of year on the river and why?

I love the early spring, after the fleet have been freshly refurbished ready for the season. The easing of lockdown this year will hopefully make it one to remember.

What was your involvement in launching Thames Clippers?

In the 1980s, there were several failed attempts to establish a commuter service on the river.

I met Sean Collins when he was coaching my son, Tom, for the annual Doggett’s Coat and Badge Race for recently-qualified watermen. We thought we could do better and acquired a vessel from the defunct RiverBus venture, to launch Thames Clippers in 1999.

What drove you to build Woods Quay?

When I gained permission to build Savoy Pier in 1998, I truly felt we had a home.

But it’s been my dream since I was a young man to have a fleet based at the curve of the river in Westminster.

I am very proud of what we have achieved at Woods Quay. It’s highly satisfying to have created such a beautiful pavilion, where private charter guests can relax before boarding the Silver Sturgeon for an event.

With the unlocking of London hospitality from 12 April onwards, we look forward to innovative new types of events for smaller groups, such as micro weddings, private dinner parties and all those ‘lost celebrations’ with family and friends.

It will include christening Woods Quay with a bottle of champagne!