Our website uses cookies so that we can provide a better service. Continue to use the site as normal if you're happy with this, or find out how to manage cookies.
X
You are here
> Media
> News Releases
> New invasive mussel moves into London 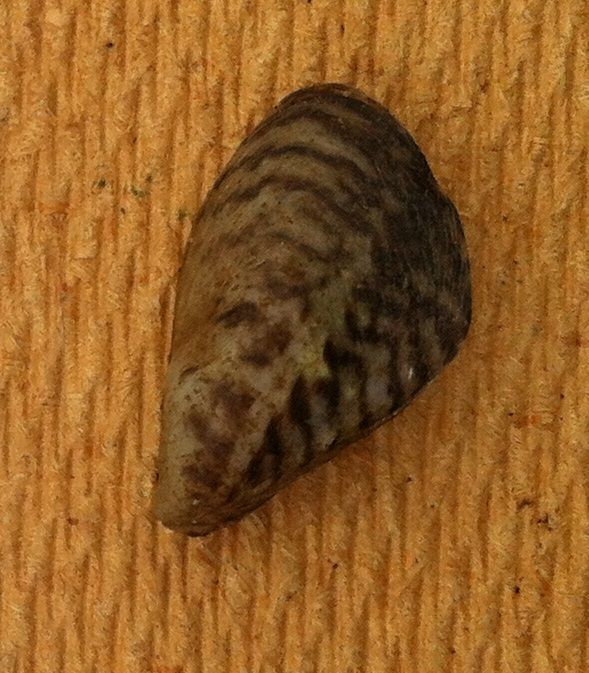 The invasive quagga mussel (Dreissena rostiformis bugensis), named after a species of zebra because of their striped shell, has been found in the River Thames at Richmond by the Zoological Society of London’s (ZSL) annual survey of the riverbed. Quagga mussels were first discovered in the UK earlier this year during routine water quality testing in the River Wraysbury, near Staines, but have since moved downstream to Richmond, with the potential to spread further.

Joe Pecorelli, manager of the London's Rivers project at ZSL, commented: “The Thames in London is already amongst the most highly invaded rivers in the world so it’s sad to see yet another invasive species colonising it, especially one that has been so damaging to freshwater habitats in other countries. This part of the river is home to populations of rare freshwater mussel, so it’s especially concerning that the quagga’s arrival will add to the pressures that threaten their future.”

It is not clear how the quagga mussel arrived in the UK. This highly invasive species, native to Eastern Europe, can not only out compete British mussels for nutrients but are also prolific breeders. There is currently no effective way to get rid of quagga mussels once they are established in rivers.

Denise Rowley, environment officer at the Port of London Authority, said: “Although not a threat to public health, the rapid colonisation potential of the quagga mussel means that in some locations it could smother boat hulls, clog propellers, pipes and valves. They may also adhere to jetties and buoys.”

Karen Harper, manager of the London Invasive Species Initiative, said: “You can help stop the spread of invasive non-native species like quagga mussel by following good biosecurity and applying Check, Clean, Dry every time you are out on our waterways. For quagga mussel this is especially important as the larvae are invisible to the naked eye, so you might not be able to see what you are transporting.”

A closely related species, the zebra mussel, has already caused millions of pounds worth of damage in the US Great Lakes, where they first arrived in the late 1980s.

The ZSL annual riverbed survey, first carried out in 2006, will continue to monitor environmental changes, including the presence of invasive non-native species, in the Thames.

Founded in 1826, the Zoological Society of London (ZSL) is an international scientific, conservation and educational charity whose mission is to promote and achieve the worldwide conservation of animals and their habitats. Our mission is realised through our groundbreaking science, our active conservation projects in more than 50 countries and our two Zoos, ZSL London Zoo and ZSL Whipsnade Zoo. For more information visit www.zsl.org

The Port of London Authority (PLA) oversees navigational, safety and related matters on 95 miles of the tidal Thames from west London through the capital, and out to the Thames Estuary and the sea.