Our website uses cookies so that we can provide a better service. Continue to use the site as normal if you're happy with this, or find out how to manage cookies.
X
You are here
> Media
> News Releases
> PLA kicks off rowing season with new easy-to-use safety guide 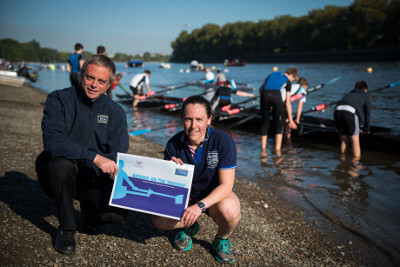 As the rowing season kicks off, an updated, easy-to-use guide to rowing on the Thames has been launched by the Port of London Authority and Thames Regional Rowing Council (TRRC).The original Rowing Code of Practice, launched in 2006, rapidly became the ‘bible’ for safe rowing on the Thames. The new, user friendly version was developed by the PLA in partnership with the TRRC. It is packed with graphic illustrations covering: principles of rowing on the Thames; local river characteristics; navigation tips; and practical advice on use and maintenance of safety equipment like life jackets.

“Like many of Britain’s leading rowers, I’ve trained on the Thames throughout my career. But it’s also our sports ‘nursery slopes’ too. Here people have the opportunity to take their first strokes on the water. For most it quickly becomes a passion, for a few it becomes the centre of a sporting life. Whatever the level of commitment, the river can be unforgiving so safety is key. The new style guide developed by the PLA and TRRC is great as it will more easily guide people in taking those vital first steps and learning how to make the most of the river safely.”

“Our job is to make it easier for people to enjoy the river safely,” said the PLA’s recreational assistant harbour master, Jon Beckett. “The new Code is part of that drive as we’ve now distilled the basic principles of the original document and presented them much more clearly, so they are immediately clear for all river users. 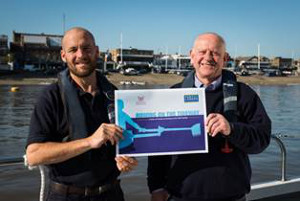 “With many hundreds of students and young people taking to the river for the first time over the next few weeks there really is no better time to launch the new style Code.”

The original Code’s guidance centred on the traditional heart of Thames rowing, between Putney and Teddington Lock. The new Code for the first time includes details of rowing in the Greenwich area too.

“We’re really pleased with the new version of the Code,” said Martin Humphrys, chairman of the TRRC. “The main benefit is that it will be much quicker for new rowers to understand the basics of safe rowing on the Thames. We’re also pleased that the guidance now extends further downriver as there are a number of rowing clubs in the Greenwich/Isle of Dogs area. Providing the same guidance to them is a major step forward.”

The updated Code sets out more clearly than ever the simple steps rowers need to follow in order to share the UK’s busiest inland waterway safely with vessels including pleasure cruisers, fast ferries and barges.

“Skippers of faster and larger vessels are going to find the updated Code useful as it will help them understand the rules rowers are following,” concluded Jon Beckett.

The new version of the Code was designed by rower and TRRC-member, Neil Pickford. It is being distributed to rowing clubs along the Tideway, with PLA and TRRC providing briefings to introduce it.