Our website uses cookies so that we can provide a better service. Continue to use the site as normal if you're happy with this, or find out how to manage cookies.
X
You are here
> Media
> News Releases
> First Tidal Thames Environment & Heritage Conference attracts over 100 delegates 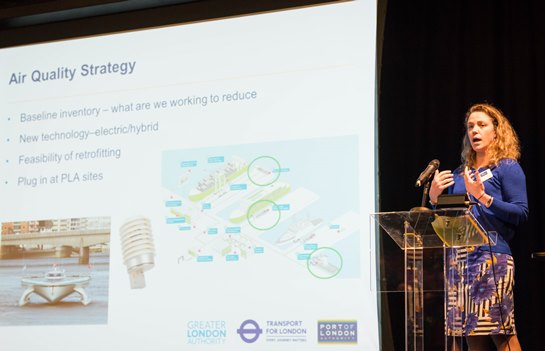 Held at the Museum of London, the conference featured presentations from the PLA, the Environment Agency, Museum of London Archaeology, Thames Landscape Strategy and Zoological Society of London. The four main subjects covered were improving water quality, biodiversity, the uptake of new and green technologies, and appreciation of the historic environment.

The conference was organised as part of the PLA’s work with a wide range of stakeholders to deliver the Thames Vision, the 20 year development framework for the tidal river. One of the Vision’s six goals is making the river the cleanest it has been since the Industrial Revolution, with improved habitats and awareness of heritage.

Tanya Ferry, PLA environment manager revealed the PLA is developing the first ever Thames air quality strategy. Last year’s announcement of a discount for ships performing to the highest environmental standard was an important first step.

“This first conference is really important, as we were aiming to bring everyone’s attention to some of the existing environment and heritage activities on the river,” she said. 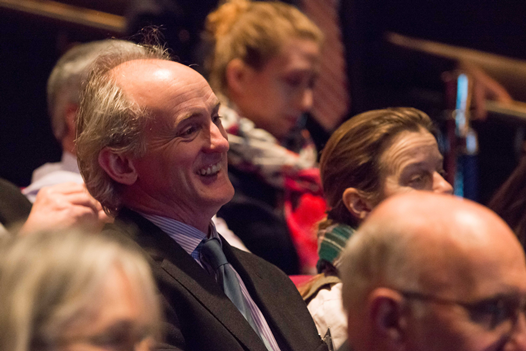 “When we meet this time next year and subsequently, we hope the conference will be a focus for lots of organisations to showcase the progress they’re making towards achieving the Thames Vision environment and heritage goal.”

Katherine Riggs, PLA director of the Thames Vision project said: “The conference has been a great opportunity for us all to discuss the work we are collectively doing and to bring delivery of the Vision fully to life. It’s a good example of a wide range of organisations coming together to deliver the shared Vision for a cleaner Thames environment.

“Attendees where interested to learn how an increase in activities like freight and passenger transport on the river can be achieved while making the river cleaner.

“They were surprised with the role terminal, pier, and river operators are taking by increasing their uptake of solar and wind energy generation, use of low energy LED lighting, electric and hybrid technologies and consideration for the surrounding habitats.”

About the Thames Environment and Heritage

About the Thames Vision