Our website uses cookies so that we can provide a better service. Continue to use the site as normal if you're happy with this, or find out how to manage cookies.
X
You are here
>PLA War Memorials 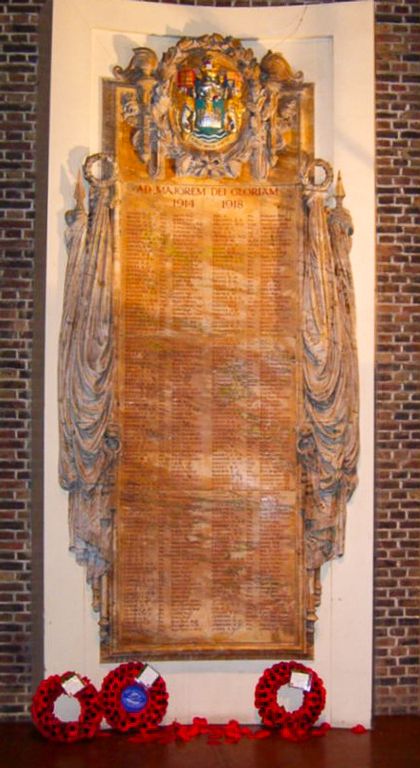 A memorial for the staff members of the Port of London Authority who lost their lives in WW1 is on the wall of the chapel in the London Cruise Terminal at Tilbury.

Inscribed with the names of those who fell, the memorial was designed by Sir Edwin Cooper, the architect of the former PLA head office building at Trinity Square. It was unveiled by Admiral of the Fleet the Right Hon Earl Beatty in January 1926.

In the first month of the war, more than 800 members of staff joined the forces, with 3,629 PLA employees joining in total throughout the conflict. More than 700 were wounded and there were 403 fatalities. 119 members of staff were awarded decorations, including two Victoria Crosses, one French Medaille Militaire, one Russian Medal of St George, one Russian Medal for Zeal and two Italian Medals for Valour.

A memorial for the PLA staff who lost their lives in the second world war, was unveiled at the former PLA head office in Trinity Square in 1952 by Field 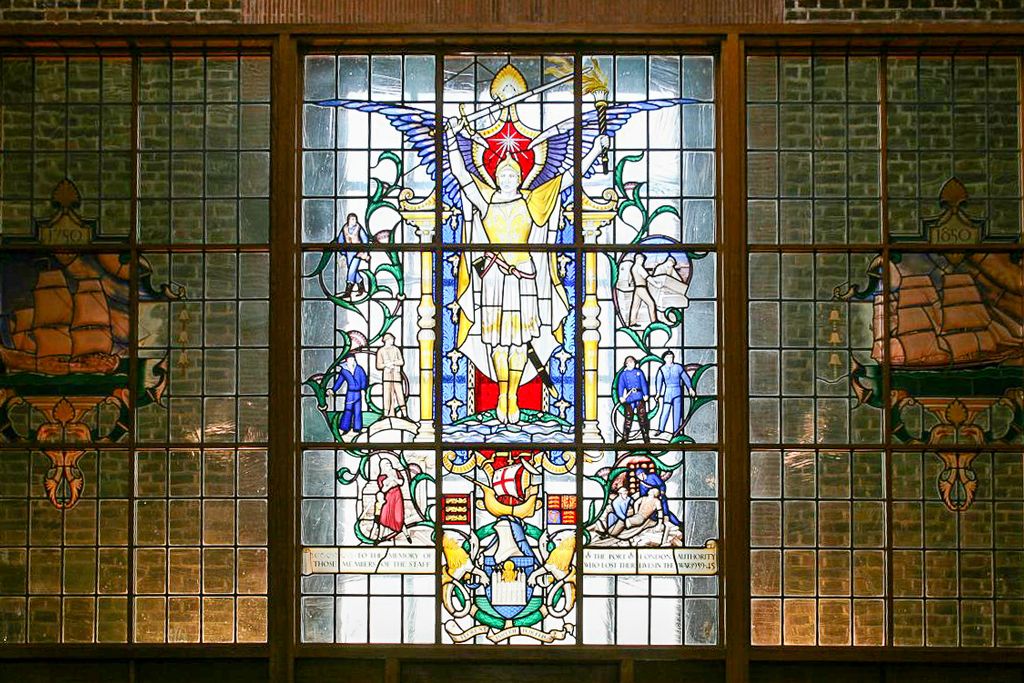 Marshall Viscount Alanbrook, Constable of the Tower of London.

The stained-glass window depicts the winged figure of Victory holding the torch of liberty and a sword, with scenes of the bombing of the Port of London.

The memorial is accompanied by four smaller stained-glass windows containing representations of the type of ship used from 1650 to 1950. All five windows were designed by Christopher Webb.

The names of the 125 members of staff been inscribed in a book designed by Harold Ryder, which sits below the window. 64 members of staff were serving with HM Forces at the time of their death and 61 were killed by enemy action at work or in their homes.

The PLA head office building at Trinity Square was sold in 1971 and both memorials were moved to the London Cruise Terminal at Tilbury.