Our website uses cookies so that we can provide a better service. Continue to use the site as normal if you're happy with this, or find out how to manage cookies.
X
You are here
>The name is Livett, Chris Livett 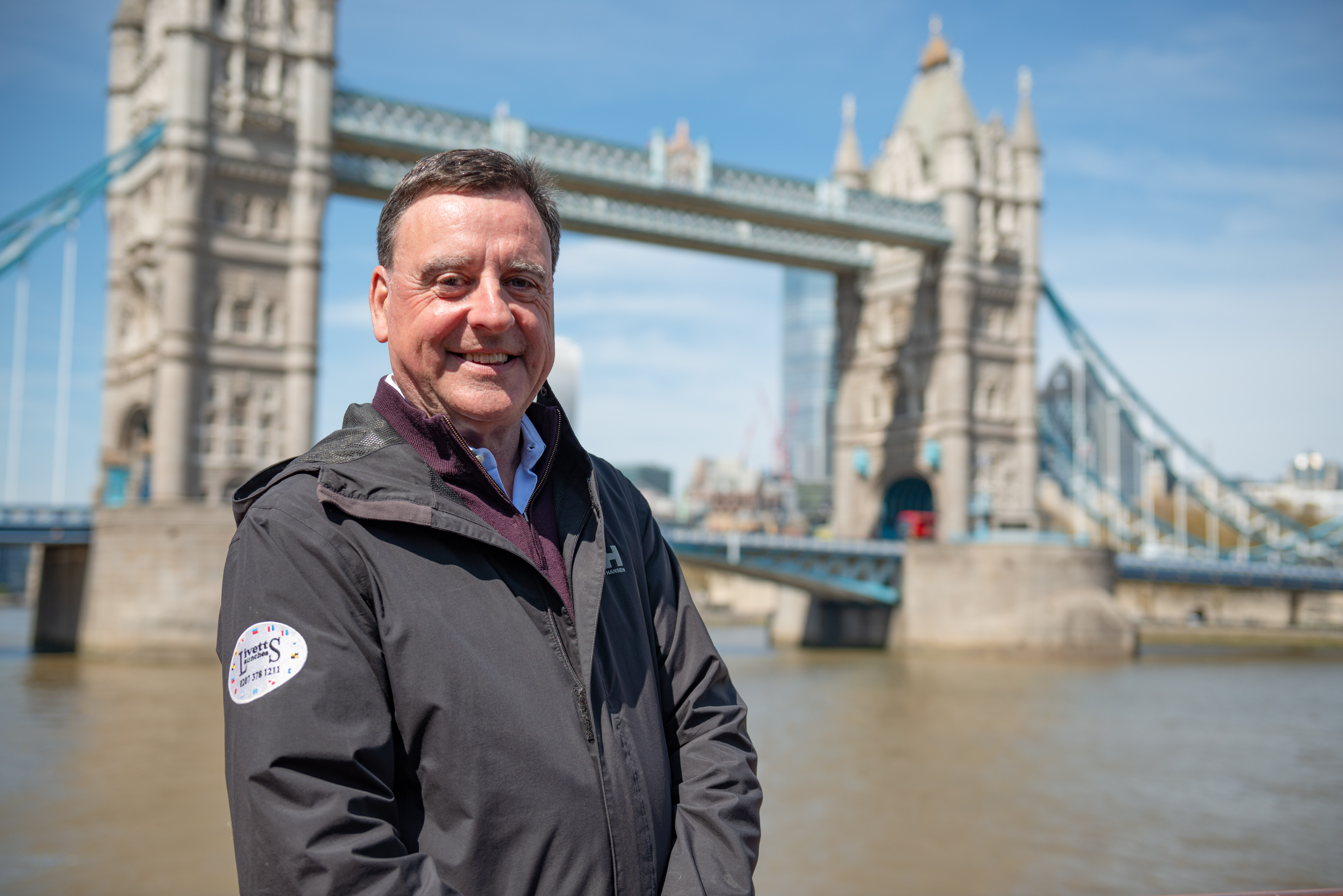 On the eve of the release of the latest Bond blockbuster, a look at how the seventh-generation Thames watermen and founder of Livett’s Launches has helped make the river a global film star.

“My family’s Thames watermen lineage began with James Livett, from Rotherhithe, in 1749.

“I was born in Dartford, sixty years ago, but spent much of my childhood in New Zealand, before moving back to Erith in 1969.

“I can still recall the smell of coal and industry, on the river, on moorings, working wharves and in the enclosed docks, when I would tag along with my grandfather, as he went to work, towing a variety of ships and barges for JP Knight and Gaslee & Sons.

“My father worked for Westminster Dredging as a coastal tug master.

“My main memory of school is wanting to leave and get afloat on the river.

“Prior to setting up Livett’s Launches, I served as a journeyman on the river, for Sargent Brothers, delivering fuel for Conoco and also helping my father.

“I also spent 18 months travelling Europe as a merchant seaman.

“There were spells as a kitchen porter, window cleaner and butcher’s boy too.  I have delivered newspapers in my time as well.”

“No Time To Die is the fifth Bond production we have been involved with.

“I can’t go into details – you’ll have to watch the film.

“But the scenes we worked on show a very different side of the river’s character, compared to The World Is Not Enough, which featured the longest opening sequence of any Bond film, requiring numerous locations and stunts on the river.

“It kept us busy for nine months. For Spectre, in which I had a small cameo appearance in front of camera, it was eight weeks.

"We also worked on For Your Eyes Only and Skyfall.

“Our other big-name credits include The Bill, two of the Harry Potter movies and Guy Richie’s Sherlock Holmes.

“Our first foray into the world of TV and movies was with Steven Spielberg’s Empire of the Sun, back in 1987.

“It’s now a significant part of the business.”

“But we do much else besides.

“Established in October 1983, we now have 50 direct employees.

“The heart of the business is supporting the delivery of infrastructure projects along the tidal river, large or small, including the construction of the Thames Barrier in Woolwich and the refurbishment of Blackfriars Bridge.”

“I am particularly proud of our work on the Thames Tideway Tunnel, right from the planning stage.

“We have transported over one million tonnes of freight for the project, in purpose-built barges. This is equivalent to 68 lorry movements per barge.

“It’s all been achieved without any major health and safety incidents.

“That means a lot to me.

“The completion of the tunnel in 2025 will have a transformation effect on the health of the river.

“It’s vital legacy of jobs and skills training will endure for many years too.  That’s equally important in my book.

“It is my motivation for serving on the board of the Thames Skills Academy, working to raise the quality of training standards and improve safety for all the tidal Thames workforce.”

“Over-seeing the marine aspects for the London 2012 opening ceremony was an unforgettable experience.

“Working with true professionals, like Tracey Seaward, Stephen Daldry and Danny Boyle, was a joy.

“Almost a decade on, I still can’t quite believe I managed to keep the Queen’s “arrival” by helicopter a secret for over a year.

“In return for me teaching him how to steer a boat for the last leg of the torch relay by river, Sir David Beckham tried to improve my soccer skills. He failed.

“Operationally, highlights included managing the installation of the Olympic rings on Tower Bridge and laying the longest cable camera across the river at Greenwich.”

“I am keen to promote the river to a wider, younger audience.

“I have been a trustee of the Totally Thames Festival since 2013.

“It’s 25th anniversary programme this year has been as diverse as ever, with over 80 superb events.

“The classic boats display at St Katherine’s Dock is always a personal highlight for me."

“I love boats!  They have played a very special part in my life.

“The first one I bought was Hooligan in the mid 1980s, when I started Tidy Thames Refuse Service. She was an open steel workboat.

“I have a particular affection for the Elizabethan, often moored at Butler’s Wharf in Bermondsey, where she, without a doubt, offers the best view of London.

“This year we expanded the fleet further, acquiring a high-speed, environmentally-friendly, 12-seater landing craft, to support our growing light-freight and film work.

“The river has changed beyond recognition since I was a boy.

“Over the last four decades, the business has constantly had to adapt.

“Safety, training, reliability and customer service are fundamental to how we now operate.

“The pandemic has hit passenger numbers on the river badly, but our tugs were kept busy, with tunnelling for the western section of the ‘supersewer’ continuing throughout lockdown.

“Quite simply without my wife, Belinda, Livett’s Launches would not exist. 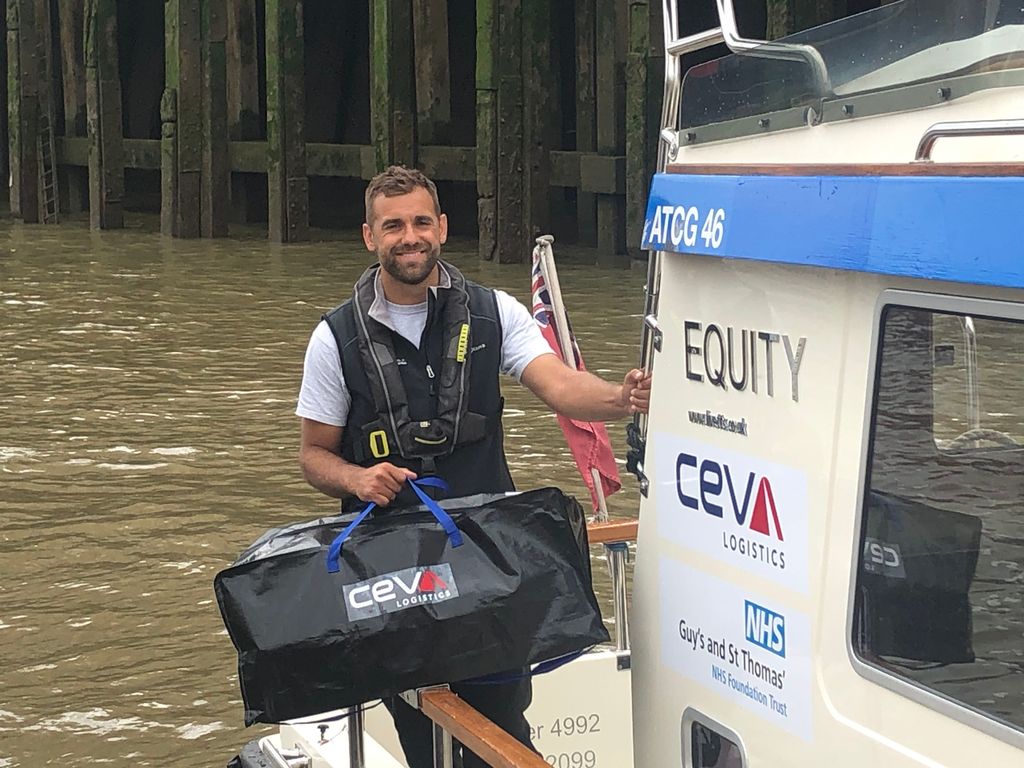 “Her father was also a waterman, and she is a boat owner in her own right.

“She is one of a number of amazing ladies that have lived and worked on the river all their lives, allowing their other halves to take all the glory.

“I am naturally pleased to see Ed following in my footsteps.

“My advice to him - and anyone else working on the river - has always been: Respect its natural force and never assume.”

Career highlight: Being appointed barge master to HM The Queen. Being involved in her Diamond Jubilee pageant was an honour I will never forget.

Best Bond? Pierce Brosnan. He always did his own stunts.

Favourite spot on the Thames? It’s all wonderful.