Our website uses cookies so that we can provide a better service. Continue to use the site as normal if you're happy with this, or find out how to manage cookies.
X
You are here
>TOSCA

Funded in part by the terminals that handle oil and oil products, the service has two purpose-built craft, each designed to collect and/or contain oil in the first critical hours after a spillage. 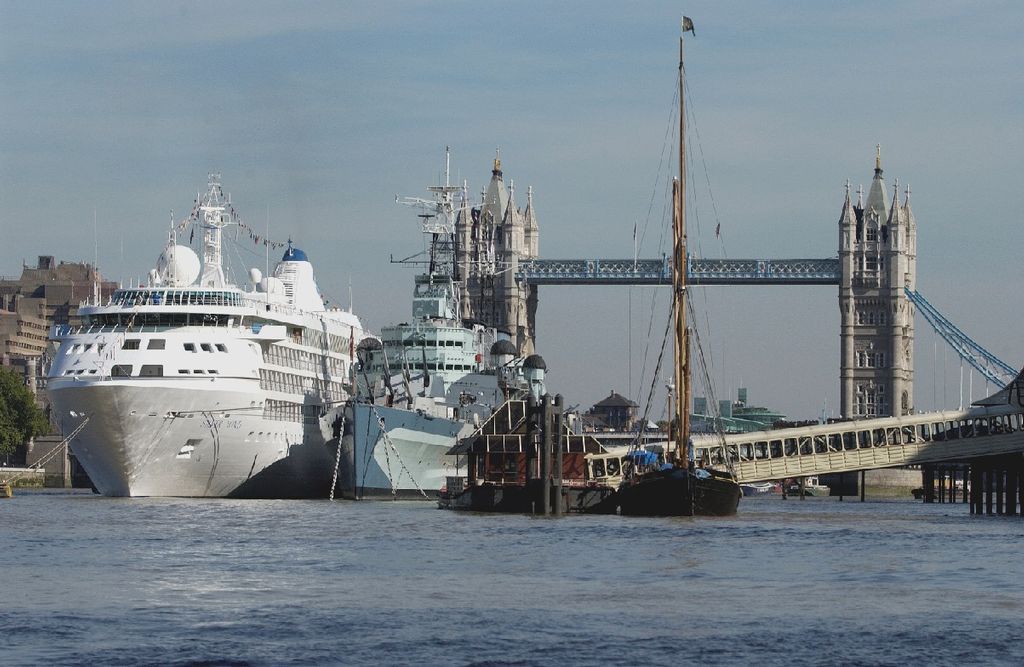 The International Convention on Oil Pollution Preparedness, Response and Co-operation (OPRC), was adopted by the International Maritime Organisation (IMO) in 1990.  The purpose of this convention to mitigate the consequences of a major oil pollution incident involving ships, offshore units, pipelines, seaports and oil handling facilities, through the mechanism of preparedness response planning.

The Port of London Authority (PLA) in conjunction with the local industry established Thames Oil Spill Clearance Associated (TOSCA) as a 24 hour 7 days a week marine oil spill response unit, in compliance with the OPRC and IMO legislation.

TOSCA is managed and operated by the PLA.   However, it is funded by a levy on oil and mineral cargos, as well as conservancy dues to cover bunker fuel.  TOSCA also has an impressive membership base providing an active association for the prepared response to pollution.


The vessel is fitted with a Lamour brush disk cartridge system installed between the Catamarans two hulls.  When operating in collection mode the brush system is lowered by hydraulic rams, until it is partially immersed in the polluted water.  Oil floating on the surface of the water is forced into the cartridge by the forward motion of the vessel and onto the oleophilic fibre brushed fixed to the circumference of each of five disc wheels mounted on a common axle.
As the discwheels are rotated through the polluted water, oils ticks to the brushes and is carried up to the top of the cartridge where it is removed from the brushed into a collection tank by a series of scraper blades.  The vessel has two 4 tonne holding tanks in the catamaran hulls.
The Lamor oil collection cartridge is capable of collecting oil of varying viscosities and has a maximum collection rate of 100 cubic meters per hour. 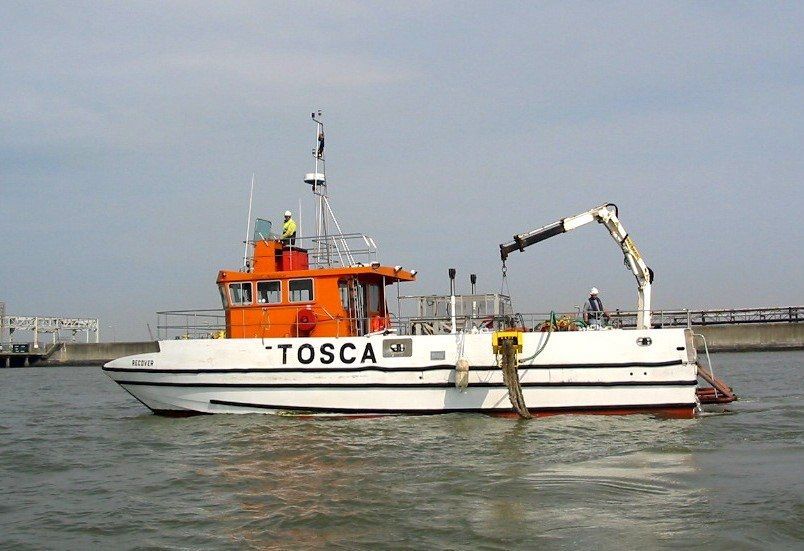 The vessel normally carries two 1 tonne recovered oil storage tanks on deck.  A box ramp may be lowered to assist access to the source of pollution. 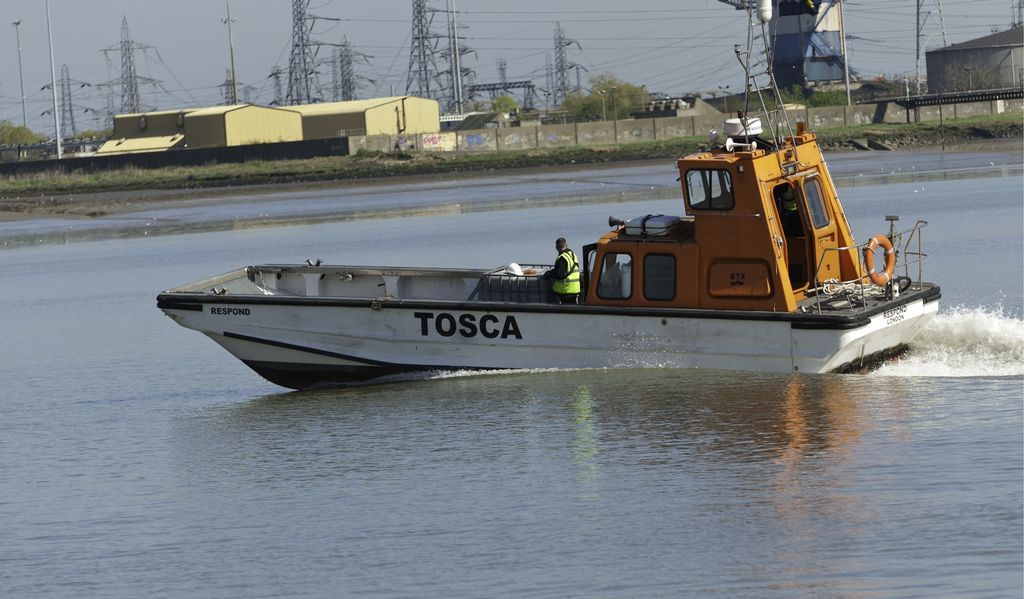 The barge ‘Vital’ acts as a service platform, it can be quickly moved to the scene of an oil spill, by use of its quick release mooring, or the booms it carries can be craned into the water and towed to the scene.  The hold stores potable power packs, absorbent materials, skimmers and pumps, which the standby vessel ‘Respond’ can quickly deliver to other locations 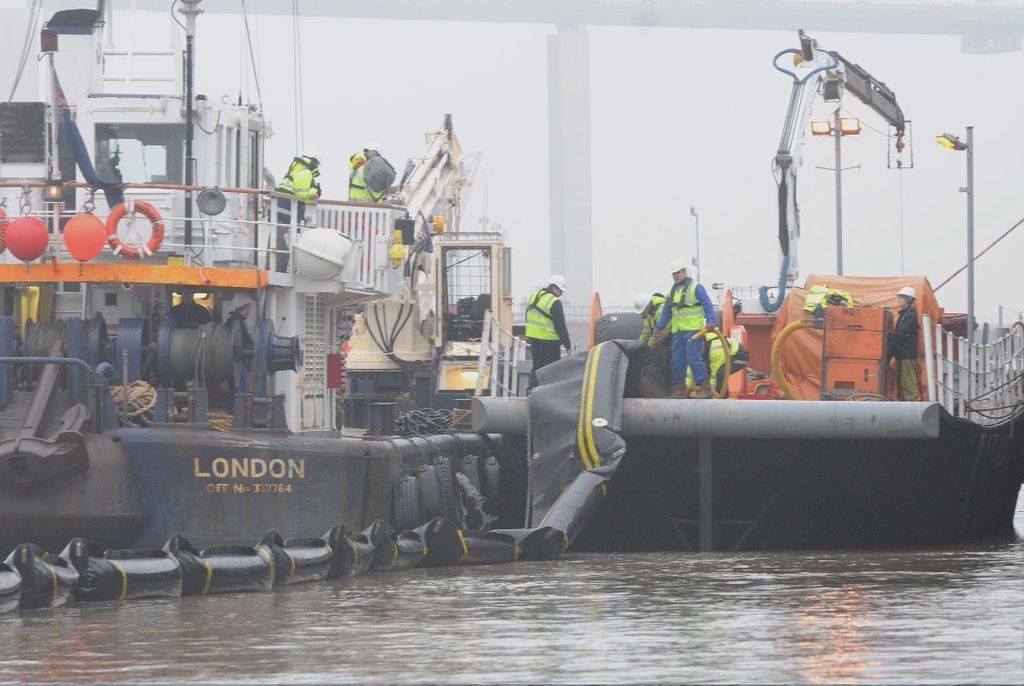 Equipment on the Vital 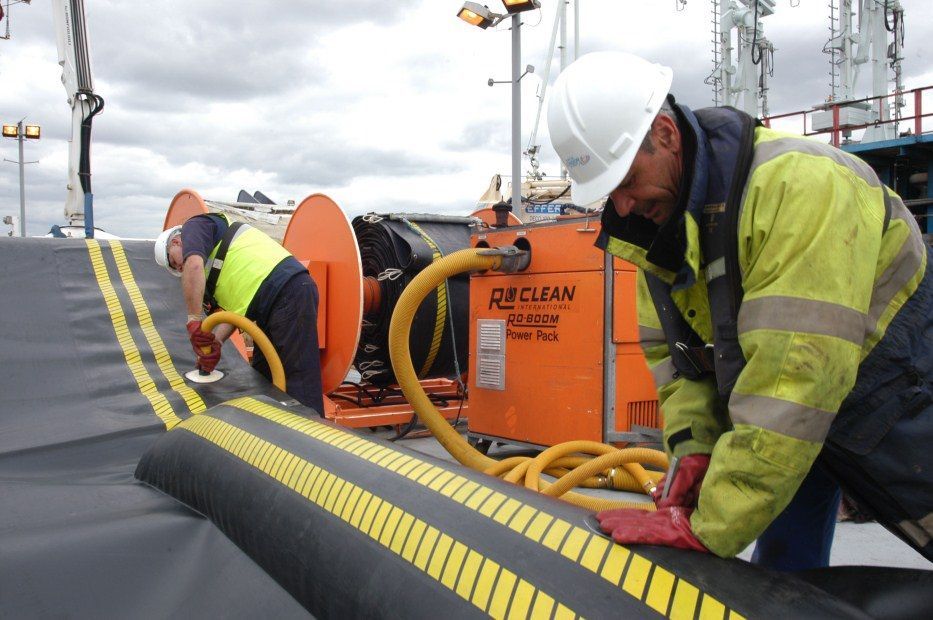 Additional stockpiled oil spill equipment is held by the PLA at strategic locations, providing additional resilience to a comprehensive oil spill response plan.
TOSCA is a tier one responder, defined under a three tier system based on the classification and magnitude of oil spill, and is used to determine the appropriate level of response.
The Tier two responder for the Port of London is Adler & Allan.

Tier one – small operational spills.   A spill that can be dealt with immediately utilising local resources without assistance from other areas.

Tier two – medium sized spill.  A spill that requires assistance from other areas.

Tier three  - Large spills.  Beyond the capability of local and regional resources.  A spill that requires national assistance through the implementation of the National Contingency Plan