Our website uses cookies so that we can provide a better service. Continue to use the site as normal if you're happy with this, or find out how to manage cookies.
X
You are here
> Environment
> Green Technologies on River Thames Structures 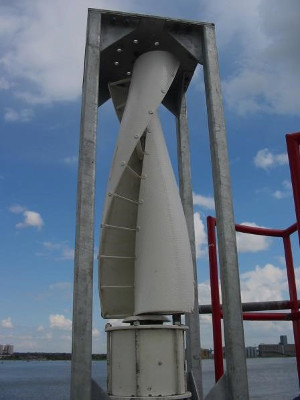 We include the following within our definition of "green technologies":

Working together we can help achieve the Thames Vision goal to encourage uptake of new and green technologies to reduce the port’s environmental impact. For owners / operators of suitable structures there are a number of good reasons for incorporating green technologies, including:

What green technologies should be considered? 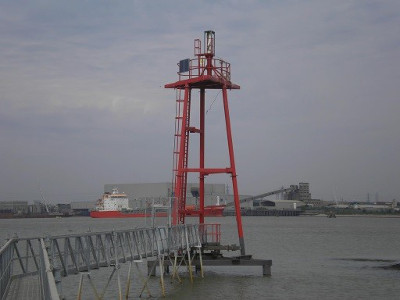 Suitable technologies for consideration include:

What should be considered in the RWL application?

The presumption will be that all River Works Licence applications for variations or new structures will include green technologies unless it can be proved that these are not feasible. The application documents should therefore include a feasibility study which should also consider the potential impacts of the proposals, including, but not limited to: 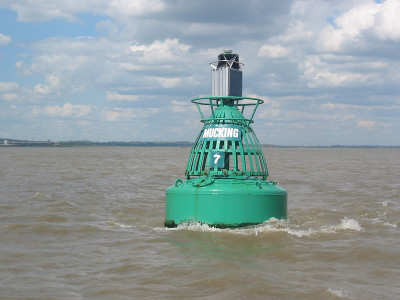 Other consents may be required for the works including:

What green technologies are the PLA using?

The PLA are successfully utilising green and low energy technologies and shore power on the river, through:

The PLA are also utilising similar technologies on land: 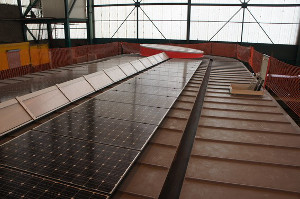 Solar PV panels being fitted to the roof of the Tower Pier extension in 2012.

London River Services (LRS) installed solar PV panels in March 2012 as part of their project to extend Tower Pier. To September 2016, the panels had generated 6,100kWh. LRS found that the economics of installing solar were made viable by being part of a wider project. 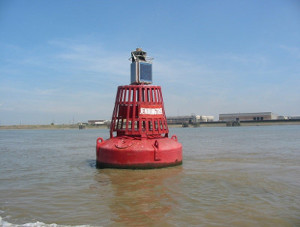 A PLA buoy with LED lamps.

The PLA provide illuminated navigation beacons - 38 floating buoys and 18 fixed buoys which are maintained by the PLA Marine Services team. All buoys have been converted from conventional incandescent filament lamps to light emitting diodes (LEDs). This has led to reduced costs, increased safety and a more environmentally friendly operation. They are powered by batteries which are charged by solar panels. 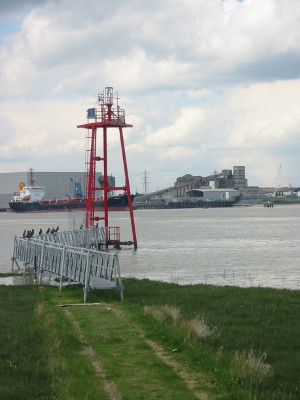 The PLA have been using wind turbines at lighthouses since the 1990s. These wind turbines, along with solar panels, have replaced mains electric and bottled gas powered lighthouses. The wind turbines have proven to be very reliable, requiring little maintenance, and are essential especially where brighter and more powerful lights are needed and solar panels are not enough on their own.